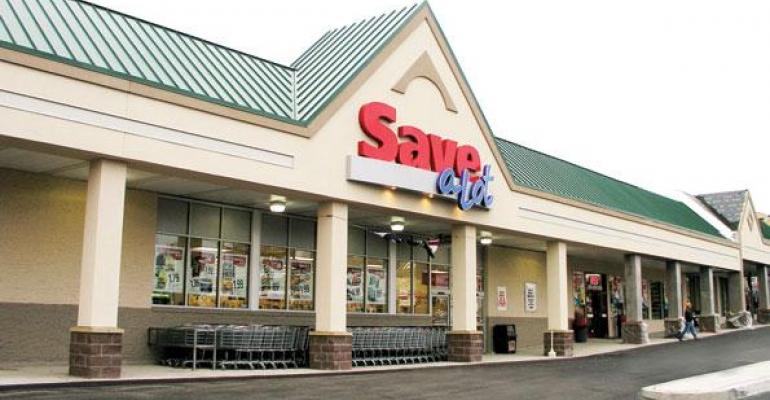 While Supervalu officials decide upon the ultimate destination for its soon-to-be-sold Save-A-Lot division, analysts are wrestling with another question concerning the discounter’s future: Can Save-A-Lot be a true American counterpart to Aldi?

Like Aldi, the Batavia, Ill.-based division of the German discounter, Save-A-Lot was established as a limited assortment discounter in the Midwest in 1976, and their growth since then has largely paralleled one another. Both companies are focused on what appears to be a large growth opportunity for cheaper and more efficient alternatives to conventional grocery stores. Both companies operated more than 1,300 stores through 2015.

Where Save-A-Lot and Aldi differ is in sales productivity, with privately-held Aldi’s estimated sales of $10.1 billion more than twice Save-A-Lot’s reported $4.6 billion in 2015 revenues, according to SN’s Top 75. They’ve also historically taken different approaches to the customer proposition, with Save-A-Lot leaning more heavily on service fresh departments and a little less on private brand than Aldi. Save-A-Lot has historically tended to appeal to a lower-income demographic than Aldi, sources said.

Save-A-Lot’s looming separation from its distributor and owner Supervalu is expected at any time. The Minneapolis-based wholesaler has floated the notion of spinning the company off to a publicly traded company controlled by Supervalu’s shareholders, but is also considering an outright sale to private equity interests.

Participants in SN’s 21st Annual Financial Analysts Roundtable held last month acknowledged that the sale or spin-off of Save-A-Lot could present its new owners with the promise of “an Aldi you can own” but noted that its also one in need of attention, as same-store sales have suffered under recent deflation and changes to SNAP benefits affecting many of its core shoppers. Conditions in many stores are not up to par with Aldi, they added.

“It should be a better competitor to Aldi. I think that’s what the hope is from the investment community: ‘This will be Aldi. I can buy it now,’” said Joe Feldman, senior managing director, Telsey Advisory Group. “But it’s just not Aldi. And comps have slowed. They’ve gone negative.”

Scott Mushkin, senior retail/staples analyst, Wolfe Research, said he felt Supervalu would have liked for Save-A-Lot to generate the kind of value that the private investors that sold Dollar General to the public realized several years ago.

“The issue really I think is the business is not nearly as good as some of the dreamers wish this business to be. It’s really a wholesale business primarily that has a lot of commodity focus. I think it’s fine, but I think the multiples that people used to throw on Save-A-Lot and the dream scenario like a Dollar General multiple — nine times, 10 times, 11 times EBITDA. The business is just not nearly as attractive as I think a lot of people wished it to be.”

Eric Claus, who was named CEO of Save-A-Lot late last year, laid out a vision in early 2016 for broadening Save-A-Lot’s appeal which included a few Aldi-like tricks: Shifting to a more distinct private brand — America’s Choice, now arriving at stores nationwide — and introducing a “treasure hunt” feel based on special buys, to name two.

But Save-A-Lot still has catching up to do from a real estate standpoint, said Chuck Cerankosky, an analyst with Cleveland’s Northcoast Research.

“There’s a couple things that Aldi has done that Save-A-Lot missed the opportunity to match at the time. One is being in these what I call 'division areas' where it’s a nice location that’s close to a rich neighborhood, close to a poor neighborhood. They pull from both sides of the equation there,” he said. “It’s too easy to find a beat-up, Save-A-Lot store and it’s hard to find a run-down Aldi store. There’s some catch up needed at Save-A-Lot.”

Analysis: Bottoms up for discounters as benefits fall away
Sep 21, 2016