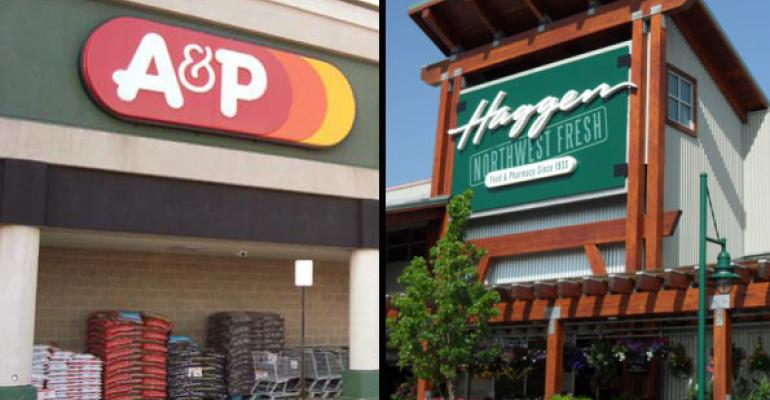 A&P and Haggen: When will the coasts clear?

There are remarkable events occurring on both coasts right now that will have a large role in reshaping supermarket competition.

For very different reasons, both A&P and Haggen are actively marketing their assets.

In the case of A&P, it signifies the sad end of a very long journey for one of the country’s preeminent chains. From what was once America’s largest company, A&P is actively marketing its remaining stores. Once done, A&P is likely to no longer exist. The assets are being split among some predictable players and will certainly rebalance the East Coast. Established chains like Acme (part of Albertsons) is buying 71 locations and Stop & Shop (part of Ahold), buying 24 locations, will be the big beneficiaries. Other chains also have the chance to step up and gain more presence in one of the tougher real estate markets in the country as a large number of stores will go to auction and others (Wakefern, Key Foods) also step up.

On the West Coast, one of the great missteps in supermarket history is also sadly playing out. Haggen’s ill-advised acquisition of a significant number of Albertsons assets saw this small regional chain of 18 stores jump to 164 stores in five states and many markets where Haggen had no brand presence and history. While the final finger pointing of who’s to blame will likely play out in the courts over several years, the end result is particularly depressing. While Haggen is attempting to market these stores, it appears that buyers on the West Coast might be tougher to come by. With no large buyers stepping up yet, the company is unfortunately seeking to close a large number of stores and retreat back to a much smaller company back to its Northwest roots. If no large buyer steps up, it will likely be independents who absorb the space.

Combined with Dominick’s closure (and reselling of assets) in Chicago, a new phenomenon in the world of supermarkets is taking place. Gone are the days when supermarkets were guaranteed a seat at the retail table. There are an enormous amount of formats vying for food share and the once unthinkable (the disappearance of major chains) is becoming a reality.

When the dust finally settles, the foods markets on both coasts will look very different. There are great learnings to be gleaned from the winners and losers in this redrawing of the market.

Will A&P and Haggen be the last to fall, or do other vulnerable chains remain?