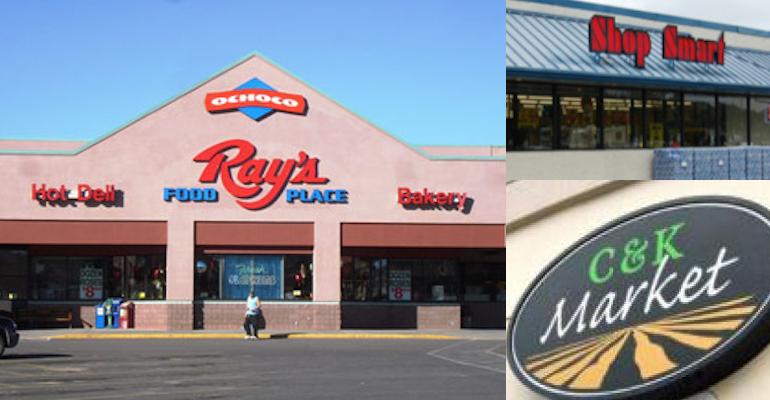 Medford, Ore.-based C&K said it made the transition by creating an employee stock ownership plan (ESOP) trust, which enables its workforce to receive retirement benefits linked to the company’s future equity value. The plan was established on Dec. 29.

With more than 1,200 employees, C&K operates 38 stores in Oregon and northern California under the banners of Ray’s Food Place, Shop Smart and C&K Market. The grocer was founded in 1956 with one market in Brookings, Ore.

“At our core, we’re a community grocery store that proudly serves its neighbors,” Karl Wissmann, president and CEO of C&K Market, said in a statement. “We tailor what we offer to meet the needs of each community we serve. That commitment continues through our employee stock ownership plan, which allows us to maintain our independence and lets employees benefit from our success.”

Related: Save A Lot shifts to wholesale model

No changes are planned in management, operating policies or practices, C&K noted. The company said store meetings will be held in the first quarter to introduce the ESOP, and further information about the plan will be provided throughout the year.

“Our future is definitely bright as we enter our next chapter,” according to Wissmann. “This is the best possible succession plan for a company with strong local roots and dedicated employees.”

Wissmann joined C&K in 2014 as its CEO and led a companywide revitalization. All stores have been remodeled and upgraded over the past six years, including the launch of new departments such as Healthy Living, Pet Centers and Foods of the World. Each store also boosted its selection with the addition of about 2,500 new items.

“These accomplishments were often motivated by what employees heard from customers,” Wissmann stated. “We strive to listen and deliver what our customers want. I’m proud of what we’ve achieved and know that greater things are coming, because our employees built such a strong foundation.”

Thirty-two of C&K’s stores carry the Ray’s banner in Oregon (22 locations) and northern California (10 locations). A grocery warehouse format, Shop Smart has three stores in Oregon and two in California. The C&K Market banner has one store in Yachats, Ore.

The shift to an employee-owned company will enhance the store banners’ reputations for tailoring service to the needs of their communities, added Wissmann, who described the retailer as “a chain of independent stores rather than an independent chain of stores.”

“We started an initiative some five years ago to give customers a reason to shop in our stores rather than a big-box store,” he commented. “We listen to customers and respond to their preferences. Shoppers are buying more from us because we are adding real value to each of the communities that we serve.”

Citing figures from the National Center for Employee Ownership, C&K reported that the United States has some 6,600 ESOPs holding $1.4 trillion dollars and employing some 14 million people. ESOP companies also typically provide 2.2 times the total retirement assets as non-ESOP companies, and a Rutgers University study found that ESOP firms grow 2.3 to 2.4% faster after setting up their plan.

“C&K Market was an exceptional candidate for an ESOP. The company, its stores and employees are all essential to the communities which they serve,” stated Alberto del Pilar, managing director of St. Louis-based Butcher Joseph, which served as C&K’s financial adviser for the ESOP conversion. “ESOP ownership will undoubtedly help to sustain those very same communities the employee-owners call home. We focused our efforts on designing a durable structure that aligns all of the interests of C&K’s stakeholders while positioning the company for long-term financial stability.”