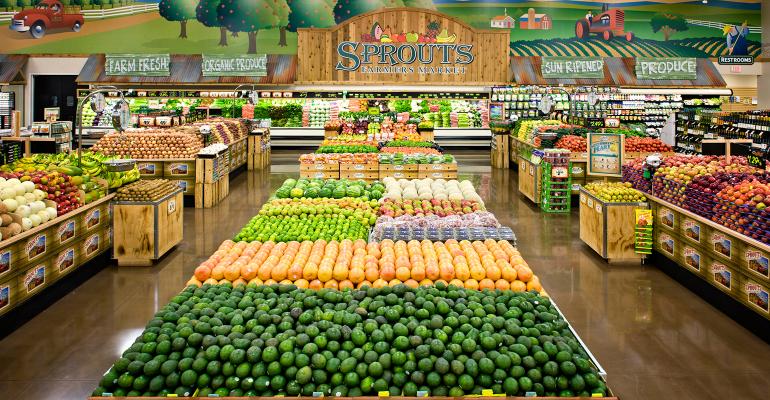 In a conference call discussing its second quarter financial results, the Phoenix-based natural foods retailer said that dairy and bulk foods became progressively more deflationary during the quarter while proteins maintained the steady deflation rates experienced in prior quarters. In addition, produce grew less inflationary in the period, which ended June 25.

Amin Maredia, Sprouts CEO, said the deflation — which he estimated was around 1% for the quarter, down from a 0.5% inflation in the first quarter — was accompanied by a stronger promotional environment as grocers went for higher volume to offset the lower rings. He said Sprouts was managing the environment in part by focusing on areas like customer service to better differentiate the brand, and continuing initiatives to recruit and train workers and improve service departments like deli in part to offset pressures on intensifying price competition in other areas of the store.

Maredia also acknowledged that Sprouts was facing an uptick in the volume of competitors but said "from our perspective, there's players who have done a good job and those are the ones that were overly focused on competing against. But at the same time I would tell you that there is a lot of [food] retailers out there who are average ... so the share gains, in our mind, is coming from these softer players who are not investing, who are not looking forward into trends.

"It's more competitive, which is just making the weaker players even weaker," he added.

Maredia said Sprouts is continuing to expand beyond its core fresh produce offering, rolling out expanded deli programs to 23 new stores and 32 existing stores. These stores feature expanded components such as salad bars, a protein service case, fresh juice, specialty coffee and a soup station. He added Sprouts was in discussions with Amazon.com about expanding a partnership whereby Amazon's Prime Now offers online ordering and delivery in four markets including the most recent location, Dallas.