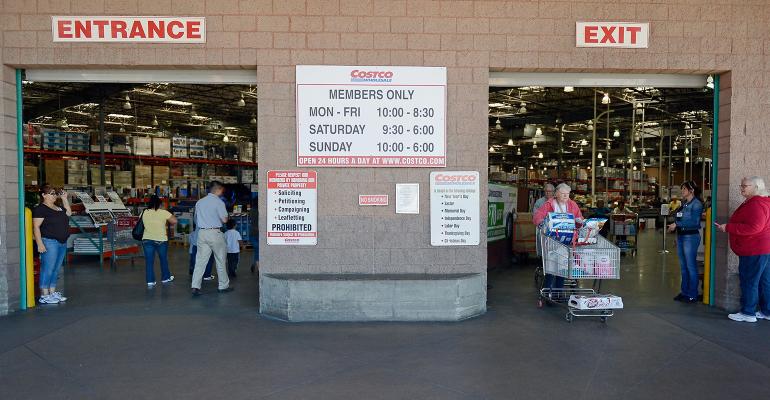 Costco Wholesale Corp. executives said that while the retailer has not specifically targeted younger shoppers, it has seen growth in the number of Millennial and Generation Z members.

“I think we're encouraged when we see the level of Millennials, if you will, that are signing up, when we see the average age of our membership coming down,” Richard Galanti, EVP and CFO, told investors on the retailer’s 2017 first-quarter earnings call Wednesday.

“Now, it was just a couple of years ago when the average U.S. Costco adult member was four-plus years older than the population as a whole. Now, it's a little under two. And that's without a lot of planning, but it's part of what we do.”

Galanti cited Costco’s focus on organics and tests with coupon websites like LivingSocial as appealing particularly to Millennial and Gen Z consumers.

Costco’s sales for the 12-week quarter ending Nov. 20 totaled $27.5 billion, an increase of 3% from the first quarter of last year, while comparable store sales excluding gas and foreign exchange rose 2% overall and 1% in the U.S.

The retailer said it benefitted from a $51-million legal settlement in the quarter, while in 1Q 2016 earnings were negatively impacted by a $22-million pre-tax charge.

Galanti noted that November sales were “choppy,” particularly around the election, but seem to have turned around in the first few weeks of the new quarter.

“I think it was worse than a snowstorm in terms of nobody wanting to go out and buy stuff,” said Galanti.

The retailer opened nine stores in 1Q 2017 including one relocation, compared to 13 openings and two relocations for the same period last year.

Costco plans to open 31 net new stores in the 2017 fiscal year, of which 16 will be in the U.S. In the last fiscal year, 21 of 29 news stores were located in the U.S. About half of the openings in 2017 are planned for the fourth quarter, so the total new store count could be lower if some openings are pushed back into 2018.