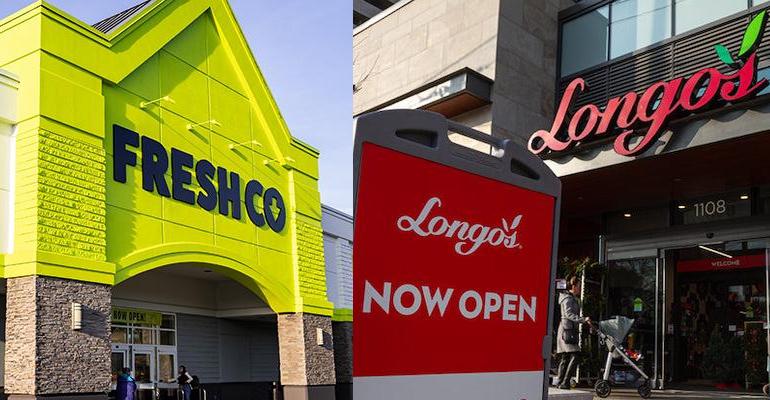 Empire Company Ltd., the parent of Sobeys Inc., has closed its acquisition of a majority stake in fellow Canadian grocer Longo’s and announced new locations for its FreshCo discount supermarket banner.

Stellarton, Nova Scotia-based Empire said this week it completed the $357 million (Canadian) purchase of 51% of Longo’s issued and outstanding shares, based on a total enterprise value of $700 million. Five years after the transaction, Longo’s shareholders will have an option to sell up to a 12.25% interest to Empire per year, and 10 years after the deal, Empire and Longo’s have options for outstanding minority shares. The Longo family plans to remain long-term shareholders in the business, Empire reported.

“We are so pleased to officially welcome Longo’s and Grocery Gateway into the Empire family,” Empire President and CEO Michael Medline said in a statement. “For more than 65 years, the Longo family and their talented team have served the GTA [greater Toronto area] market, establishing their brands, customer experience and private label as best in class. We know the Longo’s and Grocery Gateway business will continue to succeed under the [current] leadership of Anthony Longo as president and CEO and his management team. The Longo’s culture is so closely aligned with Empire, and our teams will work together to ensure this partnership thrives and that we unlock meaningful benefits for our businesses.”

Also this week, Empire said three more FreshCo stores will open late this year or early next year in Alberta at Jasper Gates and Lewis Estates in Edmonton and in downtown Fort McMurray. The locations — one Safeway and two Sobeys supermarkets, respectively — are expected to close in the fiscal 2022 second quarter for remodeling to the FreshCo banner and then reopen by the end of the fourth quarter.

Empire said it has opened 15 FreshCo stores in fiscal 2021, in line with its goal to open 10 to 15 locations per year under the company’s Project Horizon strategic growth plan.

“Customers in Alberta are welcoming FreshCo with open arms, thrilled to see a new and fresh discount option in their local markets,” Mike Venton, general manager for discount formats at Sobeys, Empire’s food retail subsidiary, said in a statement. “Our team of frontline leaders and store teammates in the West is committed to continue opening stores that deliver on our freshness, price and in-stock guaranteed promises. The customer response to our entry into the market gives us great confidence in our brand and marketing strategies.”

With the three new FreshCo stores, Empire has now confirmed 40 of the approximately 65 planned locations in Western Canada, including 12 in Alberta.

In December 2017, Empire unveiled plans to convert underperforming Safeway and Sobeys supermarkets in Western Canada — roughly 25% of the banners’ 255 locations in the region — to FreshCo outlets over the following five years. The first FreshCo opened in Western Canada in April 2019, in Mission, British Columbia. Since then, the company has opened 16 FreshCo stores in British Columbia, six in Manitoba, four in Saskatchewan and two in Alberta.

Empire said it expects to have all of the 40 FreshCo locations confirmed to date open in Western Canada by the end of fiscal 2022, passing the halfway mark in its store conversion plan.