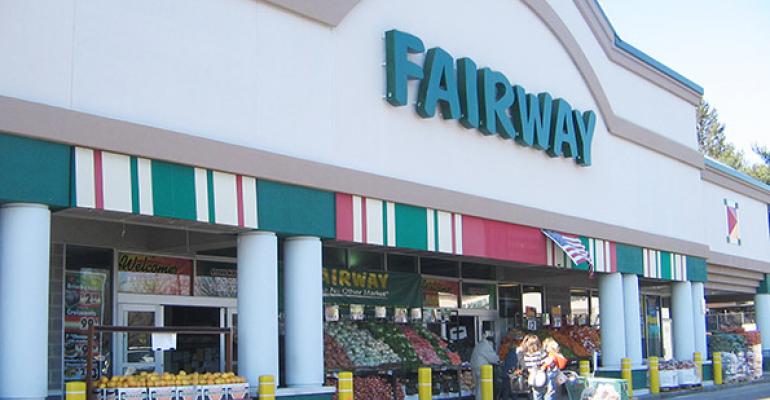 The New York operator of Fairway Markets said sales declined by 7.3% to $178.9 million during the second quarter ended Sept. 27, with comparable-store sales declining by 6.5% on a 9.2% dip in traffic and a 3% increase in average basket size. Same-store sales were impacted by 1.4% due to a competitive opening near Fairway’s Upper East Side store, and by 30 basis points as a result of increased promotional spending.

Officials in a conference call acknowledged at least part of the sales struggle related to dialing back advertising spends as the company approaches debt ratios that could trigger loan covenant violations. Although officials said they had the ability to seek equity cures to avoid a default, the company was seeking what it called “permanent financing” as a means to deleverage and carry out its strategies.

CEO Jack Murphy said that strategy now includes a plan to “flood the five boroughs” of New York with smaller stores, while dialing back on previously expressed plans to seek stores in suburban locations and additional cities like Boston and Philadelphia. Murphy said the company still plans to open a new store in Brooklyn’s Georgetown neighborhood next spring that would serve as a prototype for a 40,000-square-foot store. Murphy said Fairway would also pursue sites for 22,000-square-foot stores but indicated additional building would require permanent financing.

Gross profit of $55.5 million was down from $59.3 million in the same period last year. Excluding the one-time benefit of $1.2 million in the second quarter of fiscal 2015, gross margin increased 90 basis points to 30.9% for the second quarter of fiscal 2016 from 30% in the prior year. The increase in gross margin was driven by a higher merchandise margin as a result of improved shrink management and price optimization, partially offset by an increase in occupancy costs, as a percentage of sales.

Fairway ended the quarter with approximately $30 million in cash.