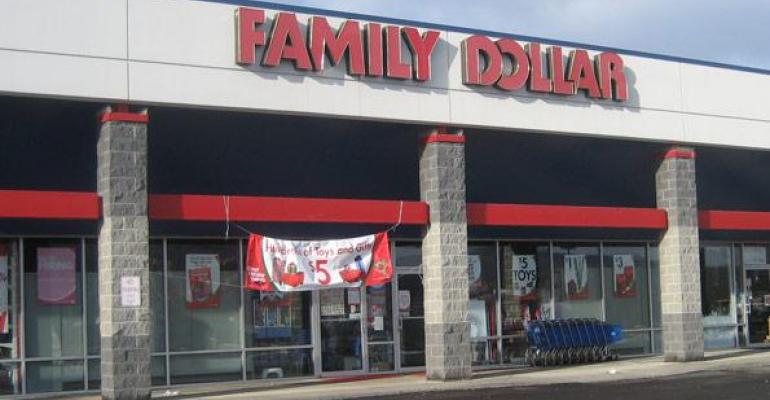 During the third-quarter earnings call on Thursday, Family Dollar executives did not address activist investor Carl Icahn’s demands to sell the company.

“As we have indicated before, we welcome constructive dialogue with all our shareholders towards the shared objective of enhancing shareholder value,” said Kiley Rawlins, Family Dollar VP of investor relations and corporate communications.

Rawlins added that the call would focus entirely on earnings results and would not address marketplace speculation.

The comparable store sales decreased by 1.8% — a smaller decline than analysts predicted. The company reported that June comparable sales were “approximately flat.”

“And while we are still in the early stages of this longer-term investment, we are encouraged by the unit increases that we have seen so far,” he said.

Third-quarter sales increased to $2.66 billion from $2.57 billion in the 2013 third quarter with tobacco and refrigerated and frozen food driving increases. Family Dollar recently adjusted its food assortment and saw a 9% increase in private brand sales, according to CFO Mary Winston.

The company will finish the process of closing 277 under-performing stores by August, with an expected operating profit benefit of $40 million to 45 million to mostly come in the 2015 fiscal year.

Family Dollar will be expanding refrigerated and frozen foods and beer and wine categories to more stores.

“From our research, we know the customers spend about $6 billion on an annualized basis on adult beverages and our tests have shown that our average beer and wine basket is two to three times larger than our average basket,” said Levine.

The company plans to implement an initiative “to cluster assortments” to find the right merchandising mix in different markets.