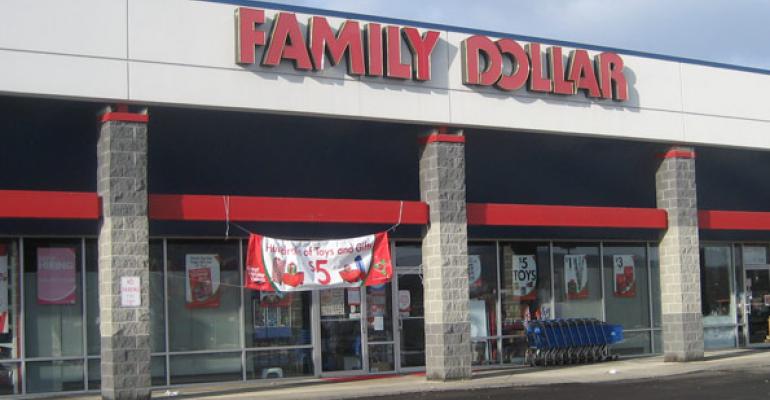 Family Dollar under pressure to sell

When Family Dollar Stores announces its third-quarter earnings on Thursday, CEO Howard Levine is expected to address pressure from investors to sell the chain.

The company has had some financial trouble recently, having to close 370 stores after poor performance in its second quarter. Family Dollar has been transitioning to become an “every-day-low-price” retailer, but Levine has said that the benefits from this low-price transition have been slow.

“Consolidation in this space is inevitable and we believe that now is not the time for continued passivity. We believe the company has been in limbo for far too long,” he wrote, threatening to take over the board if the company failed to comply.

After Icahn had acquired the stock earlier last month, Family Dollar announced adopted a shareholder rights plan for investors owning more than 10% of the company to pay a premium.

Credit Suisse analyst Michael Exstein suggested that Wal-Mart would be a good buyer for the chain, the Wall Street Journal reported earlier this year:

As Wal-Mart has said it’s expanding smaller-format stores in the U.S. to compete for its core-customers in the “fill-in” trip, it may be time for McMillon to follow the company’s international strategy to acquire for growth in the U.S., Exstein said.

There’s also been speculation that Dollar General may be looking to acquire Family Dollar.

Daniel Binder, an analyst with Jefferies & Co., New York, told SN last month that Dollar General CEO Rick Dreiling may have announced his 2015 retirement earlier than expected so that the company would be able to bring in a replacement ready to work on the multi-year integration of the two companies.

“A leveraged buyout of FDO [Family Dollar] now appears more likely given the announced retirement of Richard Dreiling, CEO of DG,” Wolfe Research, New York, said in a report earlier this week, noting that the high purchase price of the company would likely mean there wouldn’t be a quick sale.

Family Dollar has a history of activist investors, reported The New York Times:

In 2011, Nelson Peltz, another prominent investor, made a bid for the company after amassing a 7.9 percent stake. But Family Dollar resisted, and Mr. Peltz eventually abandoned the effort when the company agreed to name his partner to its board.