ADVERTISEMENT
All photos courtesy of The Giant Company

Giant’s new store in downtown Philadelphia’s Riverwalk project is the grocer’s first two-level supermarket and first in a residential tower.

On the second floor of the 25-story Tower 1, Giant’s store offers elevator, escalator and stair access, and a “cartalator” moves shopping carts between levels.

In the store’s ground-floor lobby, customers can pick up online grocery orders at the Giant Direct counter.

The food hall serves up meal, snack and beverage options and overlooks the Schuylkill River, 30th Street Station and the riverside bike path.

A highlight of the meat department is Giant’s new aged beef program.

Custom cakes and an array of fresh-made bread, pastries and other treats are available in the bakery area.

With a line of self-serve taps, the Beer Garden provides a gathering place for city dwellers.

A dedicated plant-based food section is among the store’s better-for-you options.

The Land & Sea department includes a range of fresh and sustainably sourced seafood, including fish, lobster and shellfish.

A natural and organic section adjoins a selection of health and beauty items.

The opening of the Riverwalk store gives Giant five locations in Philadelphia.

Also in the store’s lobby is a full-service Starbucks cafe. 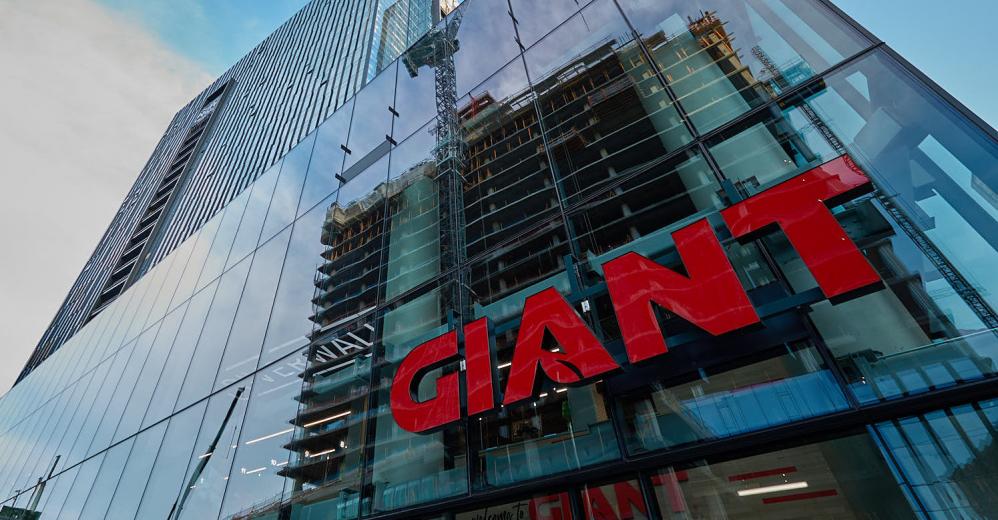