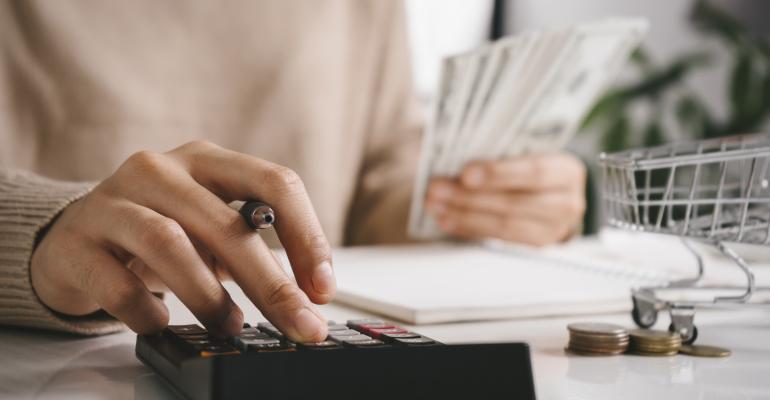 Inflation is dramatically impacting consumers, according to a new survey, which says that 69% are struggling to pay their grocery bills, among other findings.

The survey, from Swiftly, a Seattle-based retail technology platform, also indicated that nearly 83% have changed their shopping behaviors, including 41% who said they shop for discounts and promotions to save money.

The research, which surveyed more than 1,500 consumers online, also found that consumers are cutting down on snack purchases and paring back their holiday meal plans.

More than half—53%—of respondents said they are using loyalty/rewards to offset higher grocery costs, and 52% said they use digital coupons. Forty-one percent use paper coupons, and the same percentage said they use retail rewards apps on their phone.

Snack foods were the most likely items to be cut from consumers’ baskets, cited by 36% of consumers, followed by meat and beverages, both cited by 24% of respondents.

Consumers said they were least likely to say they were sacrificing buying fresh produce in favor of frozen or canned items, cited by 43% of respondents, when asked what they were willing to sacrifice to cut their grocery costs.

More than half of consumers, 57%, said they were budgeting in anticipation of upcoming holiday meals, and more than a third, 35%, said they were planning to make fewer dishes for the holidays this year. Consumers are also adjusting some of their entrées (24%) and/or coordinating cooking with others to share the cost burden (also 24%). One in 10 are planning to eat “more vegetarian food.”

"The grocery sector is at a turning point,” said Henry Kim, co-founder and CEO of Swiftly. “After massive e-commerce growth throughout the pandemic, we are beginning to see a transition as consumer spending is tested by inflation and a looming recession.”