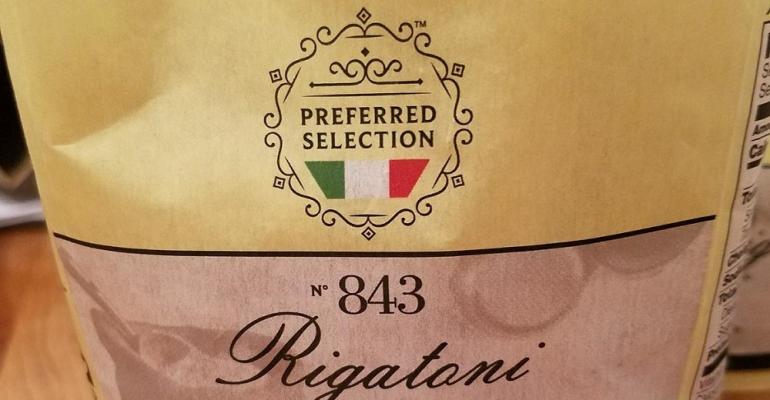 The suit, filed in U.S. District Court in Virginia, alleges that Lidl purposefully selected a name and logo for those items meant to confuse consumers and infringe upon and interfere with consumer understanding of Kroger’s brand, which it said accounted for nearly $2 billion in sales in 2016 and has been in use by the Cincinnati-based retailer’s stores for more than 20 years. Both companies use their respective brands for upscale private label foods. Kroger uses the brand for thousands of items in more than 100 product categories. Kroger alleged further that Lidl’s logo resembles Kroger’s.

“New to the U.S., Lidl promises its customers a ‘retooled, refreshed and rethought’ grocery experience, but with its Preferred Selection logo, the opposite is true,” Kroger’s complaint alleged. “It is neither new nor fresh, but instead a confusingly similar simulation of Kroger’s Private Selection mark.” In a statement to SN, a Lidl spokesman declined comment on the suit but said, “Preferred Selection is a unique specialty brand that was developed by Lidl and has been positively accepted by our customers.”

Kroger said in March it had filed an opposition to Lidl’s Intent-To-Use Preferred Selection mark before the Trademark Trial and Appeal Board of the U.S. Patent and Trademark office. It said Lidl rejected Kroger’s objections at that time.

Kroger’s complaint charges Lidl with violations of federal trademark and service mark infringement; unfair competition; dilution; and violates Virginia’s Consumer Protection Act. It said it was seeking damages in excess of $75,000 and an injunction.

In an affidavit in support of the action, Gil Phipps, Kroger’s VP of own brands and innovation, noted Private Selection “has a Facebook page, a Twitter account, an Instagram account, and other online presences. Through all of this extensive advertising, sales, promotion, and long-term use, Private Selection has become well-known and famous. The Private Selection mark also enjoys very strong brand loyalty among Kroger's customers. The suggested bond between a large company and an individual customer forms strong customer brand loyalty, which is crucial to success in a highly competitive market. Losing brand loyalty is irreparable harm in the grocery industry.”

“It is well known that the grocery industry is and always has been intensely competitive,” Kroger added. “Prices are not the only factor. Brand loyalty is a major intangible asset; it keeps customers coming back for more. Lidl’s Preferred Selection logo is certain to interfere with the demonstrated, immense customer brand loyalty to Kroger’s Private Selection. The damage cannot be calculated or recompensed.”