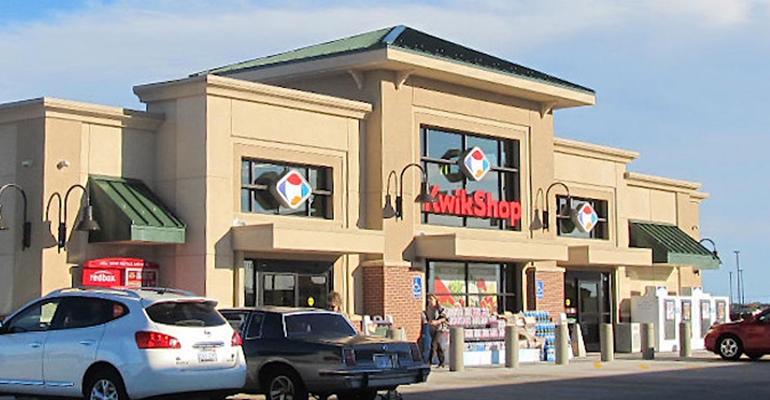 Cincinnati-based Kroger said Friday that it plans to use most of the after-tax proceeds to fund a new $1.2 billion accelerated share repurchase program, with the balance earmarked for debt reduction.

Kroger's supermarket fuel centers and Turkey Hill Dairy weren’t included in the sale, which came after the company said last October that it was exploring strategic options for the convenience store unit as part of its Restock Kroger initiative.

The purchase marks EG Group’s entry into the U.S. market. Plans call for the company to set up its North American headquarters in Cincinnati and operate the convenience stores under their current banners.

The EG Group has more than 2,600 retail sites across Europe, including the UK, France, the Netherlands, Belgium, Luxembourg and Italy. Last year, the company secured about 1,000 fuel station retail assets from Esso in Germany, which are expected to be fully integrated into the EG Group network in the fourth quarter. Including the Kroger convenience stores, EG Group will own and operate over 4,600 sites across Europe and the United States.

"Throughout the sales process, we have been impressed with EG Group's professionalism, commitment to people and understanding of the U.S. convenience retail market," Kroger executive vice president and chief financial officer Mike Schlotman said in a statement. "I can't stress enough how important to our success Kroger's convenience store management and associates have been, and we want to thank them for all of their contributions to our customers and our company."

“We now look forward to working with our exceptional U.S. management team and begin to invest in the network in the coming months. Given the spatial spread across the USA, nurturing the right strategic brand partnerships for the respective market regions is going to be an important strategy focus in North America,” said EG Group founder and co-chief executive officer Mohsin Issa.

“We already have established relationships with many leading U.S. retail brands, and consumers want to access convenient locations to fulfill multiple fuel, convenience store and food-to-go missions and stop at those locations that provide excellent welfare to motorists. For example, customers are looking to access a safe retail environment, well-lit sites with ample parking, free wi-fi, internal seating areas and clean washrooms,” Issa explained. “We aim to invest and transform our locations into branded retail destinations and be recognized as an effective U.S. fuel, convenience store and food-to-go retailer.”

Kroger said after-tax proceeds from the sale to EG Group total $1.7 billion. Under an accelerated share repurchase (ASR) agreement, Kroger on April 24 will pay $1.2 billion to Goldman Sachs & Co., which will make an initial delivery to the retailer of about 36.1 million Kroger common shares. Kroger said the remainder of the EG Group sale proceeds will be used to lower its ratio of net total debt to adjusted EBITDA (earnings before interest, taxes, depreciation and amortization).

"We are returning a significant amount of capital to shareholders through a $1.2 billion accelerated share repurchase program authorized by our board of directors,” Schlotman added.

The company noted that the $1.2 billion stock buyback comes in addition to the $1 billion share repurchase program announced March 15.