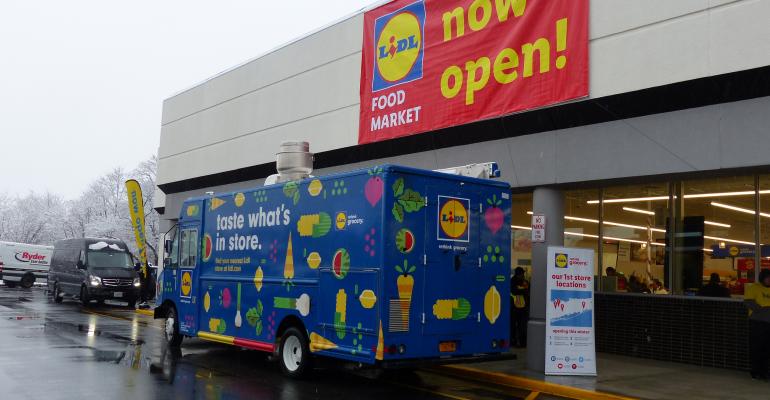 In support of its ongoing U.S. expansion, Lidl plans to construct a new distribution center in Covington, Ga.

Lidl said the 925,000-square-foot facility will be its fourth U.S. DC and serve as a regional headquarters, supplying products to its stores across the region. The hard discount grocer has four stores in Georgia — in Augusta, Mableton, Marietta and Snellville — and 13 in neighboring South Carolina.

In June 2017, Lidl had unveiled plans to build a regional DC in Cartersville, Ga. But the company said the Covington site is better situated to serve its current store locations in the region and to support its future expansion.

Covington is about 35 miles east of Atlanta. Lidl’s other U.S. DCs are located in Graham, N.C.; Perryville, Md.; and Fredericksburg, Va.

“We look forward to breaking ground on Lidl’s fourth regional distribution center in the U.S. and hiring hundreds of new team members in Georgia,” Lidl US Chairman Roman Heini said in a statement. “This centrally located facility will allow us to efficiently deliver outstanding quality products to our customers at the lowest possible prices and expand our network of stores across the region. We thank [Georgia] Gov. Brian Kemp and local leaders for their tremendous support during this process.”

Lidl said the $100 million investment for the Covington DC will create 270 new full-time jobs over the next five years. The chain’s four Georgia stores employ more than 150 associates.

“I am grateful for Lidl’s investment in Georgia and the tremendous opportunities that it will create for hardworking Georgians in Newton County,” Kemp stated. “Our logistics infrastructure puts domestic and international markets within arm’s reach, and leading brands from around the world are taking notice.”

Lidl established its U.S. headquarters in Arlington, Va., in 2015 and opened its first U.S. stores in 2017. However, the Germany-based retailer encountered snags with its U.S. launch and scaled back initial plans to open 100 stores over the following year. The company quickly reset its real estate strategy — to include smaller stores and leased sites, rather than just build-and-own locations — and has steadily grown its store base and earned high marks from customers.

Lidl announced the acquisition of 27 Best Market stores, mostly located in New York’s Long Island, in November 2018 and finalized the transaction in early 2019. The chain edged into the metro New York area in late 2018 with the opening of stores in Union, N.J., and Staten Island, N.Y. The first Long Island stores opened in December.

In mid-May, Lidl unveiled an East Coast expansion plan that calls for 25 new stores in Maryland, New Jersey, New York, North Carolina, Pennsylvania, South Carolina and Virginia by spring 2020. Including those openings, the retailer expects to top the 100-store mark in the United States by the end of this year, with locations in nine states.