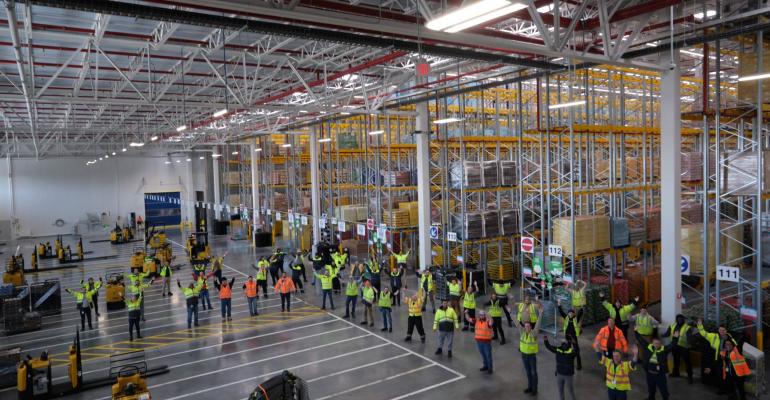 Lidl US on Tuesday officially opened a new regional headquarters and distribution center in Perryville, Md.

Lidl said the 700,000-square-foot facility will serve as the backbone of its retail network in the region, supplying products to stores in Maryland, Delaware, New Jersey, Pennsylvania and New York.

“As we work hard to meet the surging needs of our customers during this critical time, we are thrilled to open our newest regional distribution center in Cecil County, Md.,” Lidl US CEO Johannes Fieber said in a statement. “The facility will allow us to efficiently deliver our award-winning products to thousands of customers from Maryland to New York and support our expansion across the region. We thank Gov. [Larry] Hogan and local leaders for their tireless support leading up to today.”

Lidl’s other U.S. DCs are located in Graham, N.C., and Fredericksburg, Va. In January, the company unveiled plans to build a fourth DC in Covington, Ga., near Atlanta. 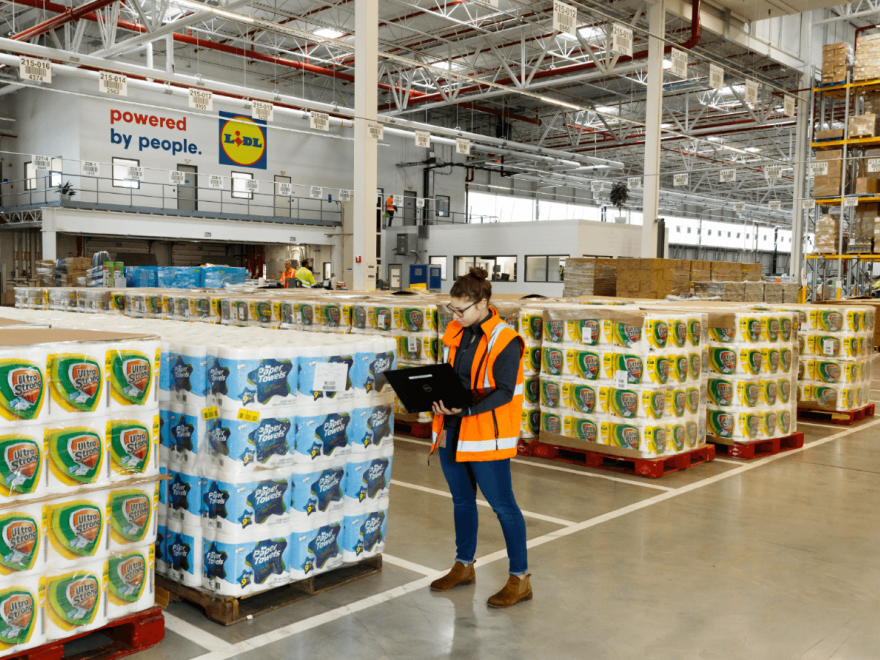 Including the Perryville facility, Lidl now has three U.S. DCs in operation. A fourth is slated to be built outside Atlanta.

The Maryland DC will create more than 200 new full-time jobs, according to Arlington, Va.-based Lidl US, which invested more than $100 million in the project.

“Maryland is proud to support Lidl’s new regional distribution center, which will create 200 new jobs when they are needed the most and enable the company to more efficiently deliver their high-quality products throughout the region at a time when demand is at an all-time high,” Hogan stated. “We also commend Lidl’s commitment to providing all employees with health insurance as well as COVID-19 testing and treatment, which is critical to fighting this global pandemic.”

Last week, Lidl announced that U.S. employees enrolled in company insurance plans will be offered medical benefits covering testing and treatment related to COVID-19 at no cost. Workers at the new regional DC also will be offered the coverage. Lidl noted that it provides medical benefits to all full- and part-time employees, regardless of the number of hours they work per week.

“We are proud that Lidl chose Cecil County for its regional distribution center, which is employing hundreds of Marylanders,” said Cecil County Executive Alan McCarthy. “During this critical time, Lidl should also be commended for protecting the health of its workforce by providing comprehensive medical coverage they need.”

Germany-based Lidl continues to rapidly grow its U.S. store base. In early 2019, the retailer completed its November 2018 acquisition of 27 Best Market stores, mostly located in New York’s Long Island. Then in May 2019, Lidl announced an East Coast expansion plan that calls for 25 new stores in Maryland, New Jersey, New York, North Carolina, Pennsylvania, South Carolina and Virginia by spring 2020. Including those openings, the company expects to top the 100-store mark, with locations in nine states.