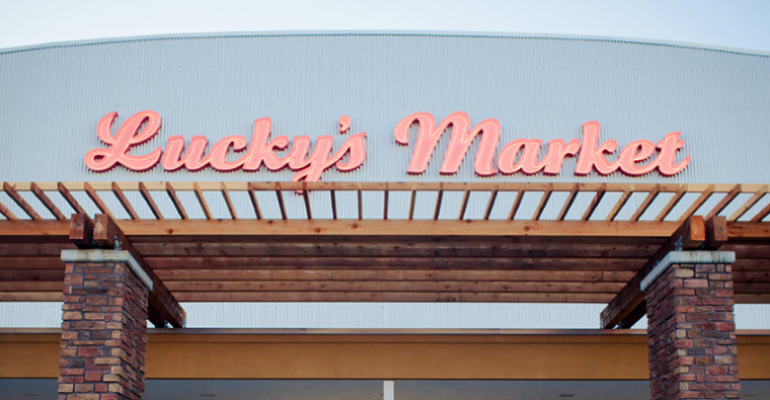 Lucky’s Market, now in Chapter 11 bankruptcy protection, plans to sell seven stores that had been earmarked for closure to Southeastern Grocers, Seabra Foods and Hitchcock’s Markets.

All of the stores are in Florida, Lucky’s said yesterday evening. Under the asset purchase agreements, Southeastern Grocers is slated to acquire stores in Naples, Fort Myers, Gainesville, Lake Mary and Melbourne. Seabra and Hitchcock’s agreed to buy stores in Hunters Creek and St. Petersburg, respectively.

Lucky’s reported on Jan. 21 that it aims to shut 32 of its 39 stores and file for Chapter 11 to facilitate the sale of its remaining locations and assets. About a week later, the chain announced stalking horse bids from Aldi and Publix Super Markets for 11 stores. And the next day, Lucky’s said it entered agreements to sell its remaining seven locations to co-founders Bo and Trish Sharon.

Jacksonville, Fla.-based Southeastern Grocers aims to convert the Lucky’s stores it agreed to buy to the Winn-Dixie banner.

“We have come to agreements in principal for five Lucky’s Market locations in Florida: Melbourne, Gainesville, Fort Myers, Naples and Lake Mary,” Southeastern Grocers spokesman Joe Caldwell said in a statement on Wednesday. “We’re humbled by the opportunity to invest in the core of our footprint and to deepen our presence in communities we know, respect and already operate successfully within. We are making all reasonable efforts to bring these opportunities to life in these communities. Provided that agreements in principal come to fruition, we look forward to welcoming customers to these stores this year. These stores would be Winn-Dixie locations.”

The proposed sales are subject to court approval and an overbidding process. Lucky’s, which has retained financial advisory firm PJ Solomon to assist in the asset sales, said it “continues to be in active dialogue with various additional potential buyers.” Other store properties up for sale or slated for closure are in Florida, Colorado, Georgia, Indiana, Kentucky, Michigan, Missouri, Montana and Wyoming.

Lucky’s position became unsettled after The Kroger Co. said in early December that it would divest its stake in the grocery chain. In April 2016, Cincinnati-based Kroger announced a strategic partnership with Lucky’s that included an undisclosed equity interest.