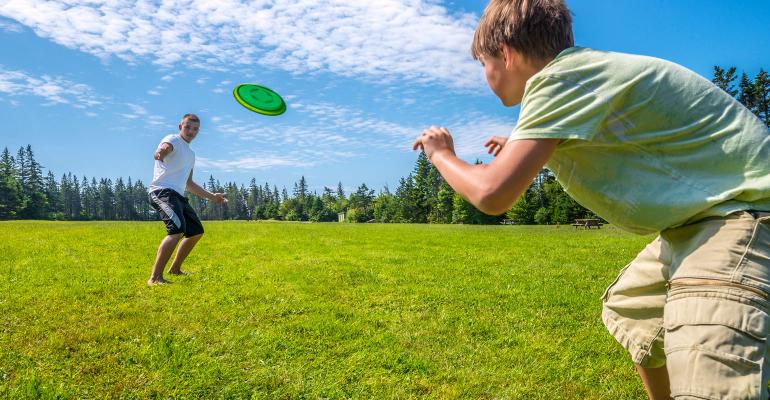 Lidl and Amazon didn’t throw the Frisbee, they just touched it

Change in the grocery business is typically gradual. Building a new store takes years. When prices move it’s usually months before the evidence shows up on the store shelf. Nobody wakes up one morning and shifts all their buying from convaentional to organic; branded to private label; ingredients to prepared; or in-store to on-line all at once, and no two shoppers are making those decisions at same rate. And few things move as slowly as a retail operator in a downward spiral, as we’ve witnessed for the better part of a decade with Marsh Supermarkets, which only now is reaching its final chapter.

What happened over the course of 24 hours June 15 and 16 — the opening of the first Lidl stores and Amazon’s announcement of a deal to buy Whole Foods — were a long time in coming themselves and neither event alone triggered change overnight, panicking stock traders notwithstanding. Ten limited assortment stores over a 400-miles radius isn’t a bomb dropping; it’s a typical week for Dollar General. And all Amazon is going to get, at least at first, is a prestigious but troubled brand with relatively high costs, a same-store sales problem and price-perception issues, speaking of things that are subject to a stubborn pace of change.

But what those two events did was something Frisbee players would call a MAC – or a mid-air correction. The path of a flying Frisbee is pretty easy to predict until someone bats a hand off it: It’s still flying, but its speed, spin and direction are suddenly very different.

What Lidl and Amazon did was alter the trajectory of change by influencing the long-term shifts underpinning them, and that little tap, many believe, is a sudden and very big change. By going from concept to reality, Lidl is doing more than adding yet another small-store price-focused competitor in its markets, it is influencing the economics of the shift to private label. Amazon-Whole Foods in the meantime represents an explosive development in the ongoing move to e-commerce by directly involving the largest e-tailer of all goods in the physical space for food while marking a historic milestone in the ongoing trend toward consolidation and foretelling meaningful pricing action at Whole Foods. That too could have effects of its own.

In a note to clients published this week, Wolfe Research analyst Scott Mushkin argued that Lidl and its hard-discount counterpart Aldi are doing more than speeding the expansion of private label assortment among peers: They are also likely altering how profitable private label can be for them.

In Virginia Beach, where Lidl opened one of its first stores, prices on private label items at a Walmart store — presumably to get in range with its new competitor — were some 25% lower than the same items at a Walmart in Connecticut, where hard-discounters have a smaller presence, Wolfe’s price checks showed. And because hard-discounters due to their efficiency and volume get by with a lower gross margin for private label items — Mushkin estimated 25% for hard discounters, vs. 30% for Walmart typically — the latter in order to maintain profits would need to sell 60% more volume on a per item basis.

“While our estimates may not be exact, we believe they provide a reasonable framework of how difficult it will be for Walmart, as well as others, to grow volumes in order to hold gross profit dollars,” Mushkin wrote. “We believe as Lidl opens more stores (and so too does Aldi) Walmart will likely be forced to lower private label pricing in other areas, and this will put more and more pressure on the business.”

It’s anyone’s guess how the combination Amazon’s technology and Whole Foods Market’s assets ultimately play out. For all I know, 365 stores might look like Amazon Go, or the other way around. Whole Foods stores might become mini-delivery-hubs or the best place to shop for Fire TVs. But there’s few who don’t expect Amazon won’t apply the same aggressive posture on pricing for food as it has in other categories while growing its empire.

“We believe Amazon will price aggressively to gain market share in the food retailing business,” Mickey Chadha, VP of Moody’s Investors Service, said this week. “Competitors will have to respond and this in turn will lower margin and profits in the sector due to the fixed cost nature of the business.”

Moody’s on Friday lowered its profit forecast for the entire supermarket industry in 2017, saying Amazon’s pending acquisition of Whole Foods could easily wipe out benefits of a return to price inflation. Moody’s now expects the sector to show 4% to 5% profit growth this year, vs. a previous expectation that 7%-8% profit growth was in reach.

“As demonstrated by Kroger’s latest quarterly results, pricing pressure is already increasing from the likes of Walmart and discounters like Aldi and new entrants to the market like Lidl,” Chadra added. “The combination of Whole Foods’ brand and Amazon’s digital capabilities has the potential of creating a strong competitor in the industry. Supermarkets will now have to contend not only with competition among themselves and non-traditional grocers like Walmart, but also with the likes of Amazon, which has the financial capacity to price aggressively. This will also force supermarkets to invest more on their own technology platforms and capabilities, which in turn will pressure profits further.”

In other words the Frisbee is still flying, but in a whole new direction.