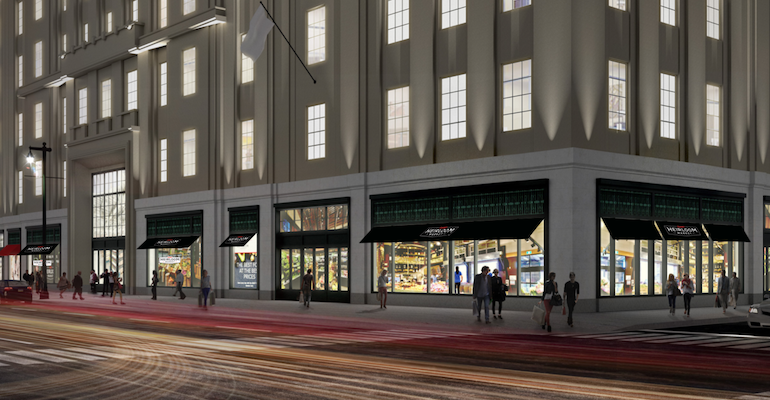 The GIANT Company
At 32,000 square feet, the upcoming Giant Heirloom Market (see rendering above) will be about three times the size of the concept's current locations in Philadelphia.
News>Retail & Financial

More Philadelphia stores on the way from The Giant Company

Four new locations, including the largest Giant Heirloom Market, to open by 2023

Following the recent opening of a new flagship store, The Giant Company has unveiled plans to add four more locations in Philadelphia, which would raise its total to 10 stores in the city.

Opening dates and more details on amenities will be announced at a later date, but Giant said the new stores are slated to go into operation by 2023. The four stores are expected to create about 700 new jobs. 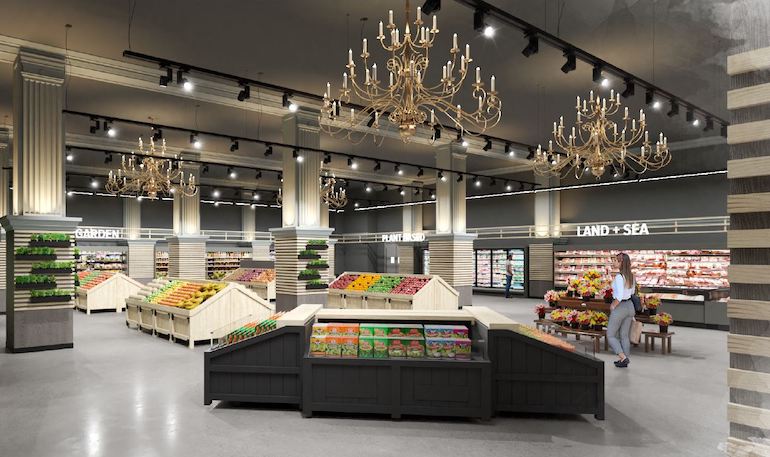 A small-format, specialty grocery format tailored to urban dwellers, Giant Heirloom Market will have its fourth Philadelphia store in the city's Fashion District.

Also under way are renovations to the Giant Direct e-commerce fulfillment center on Island Avenue, including automation from Swisslog. Giant said the facility upgrade — in response to rising customer demand for online grocery shopping — will provide faster order fulfillment and more order capacity, including the capability to accommodate future growth in home delivery.

“The Giant Company is committed to Philadelphia, and this expansion across our family of brands exemplifies our strategy in action,” President Nicholas Bertram said in a statement. “True to its reputation of being the ‘City of Brotherly Love,’ Philly families have wholeheartedly embraced Giant, Giant Heirloom Market and Giant Direct, and that has only fueled our team to dream bigger and more boldly as we shape our plans for tomorrow. We’re excited about our future in Philadelphia and to be expanding across the city, with stores designed for both families and commuters that meet the needs of each unique neighborhood.”

At 32,000 square feet, the Giant Heirloom Market planned for Philadelphia’s Fashion District would be about triple the size of the format’s current locations in the city. They include a 9,500-square-foot store at 2303 Bainbridge St. in the downtown Graduate Hospital neighborhood, a 9,950-square-foot store at 3401 Chestnut St. in the University City district, and a 13,000-square-foot store at 1002 North Second St. in the Northern Liberties section. Much smaller than a conventional Giant supermarket, Heirloom Markets are designed to accommodate compact urban spaces and provide shopping experiences that cater to city dwellers, with products and services tailored to the surrounding community. 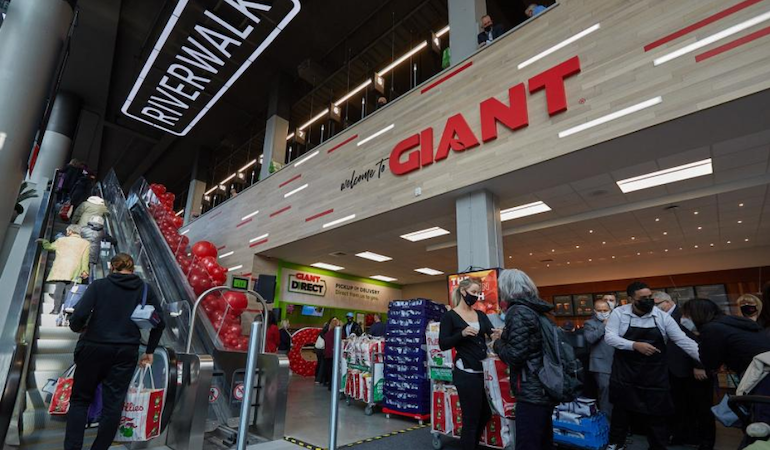 Giant’s new flagship store, opened March 19, also is designed as a community gathering place. Located at the corner of 23rd and Arch Streets, the downtown supermarket in Philadelphia’s Logan Square area is part of the Riverwalk project, an 8.5-acre, mixed-use development along the Schuykill River that includes two luxury residential towers plus commercial, retail, hospitality and community space. Giant’s store, situated on the second floor of the 25-story Tower 1 at 60 North 23rd St., houses a food hall, beer garden with tap wall, a wide assortment of locally sourced products, the chain’s largest plant-based food section and a terrace for outdoor dining.

Giant said its capital investment in Philadelphia exceeds $135 million, including its current locations, the upcoming Cottman Avenue store and the updated Giant Direct e-commerce hub, which is due to open in November. The company now has about 600 employees in the city.

“The Giant brand has long been a trusted partner for families in the suburbs,” Bertram added. “As we deepen our presence in the city, no matter how our customers choose to shop, in-store or online, The Giant Company will be there, offering the grocery solutions they’re counting on to help them spend more time gathered with family around the table.”

Giant’s retail footprint in its home state of Pennsylvania now numbers 156 stores. Next year, the company plans to begin construction of a 50,000-square-foot Giant supermarket on the northwest corner of Paradise Road and Benner Pike in Benner Township, just north of Penn State University. The location is expected to open in 2023.