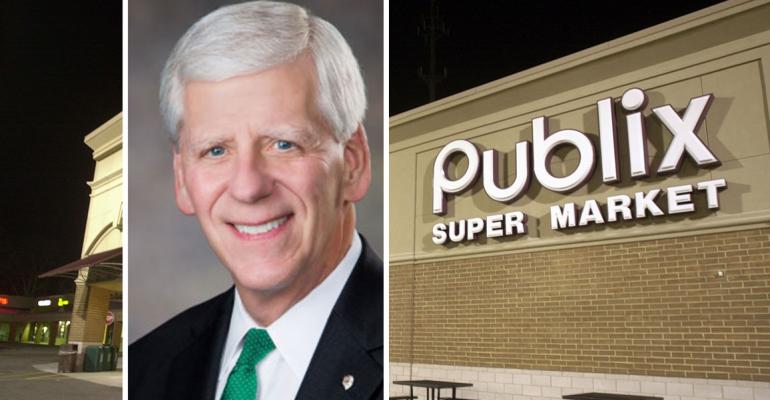 Ed Crenshaw, who steered Publix Super Markets out of the recession and into new territories, announced his intentions to retire Wednesday, leaving the company in the care of Todd Jones, who would become the first CEO in Publix history to have no relation to its founding family when the transition occurs April 30.

Observers however, expect little change in the agenda for Publix, noting Crenshaw’s steady hand, a knowledgeable and enthusiastic successor in Jones, and a well-prepared map for succession. Crenshaw, 64, and Jones, 52, have served as the company’s top officers since 2008.

“I don’t think they’re going to miss a beat,” Neil Stern, senior partner with McMillanDoolittle, told SN Wednesday. “They have always been very well laid-out in terms of what they were thinking for a succession and to the same degree I think it’s unlikely you’ll see an agenda change as a result of this leadership change.”

Observers credit Crenshaw for reacting swiftly to the darkening economic clouds shortly after he took the CEO role from Charles Jenkins Jr. in 2008.

While price investments pressured Publix earnings in the short term, the company’s sales challenges were relatively brief by standards of the industry. And while many of its competitors retrenched during the recession, Publix aggressively bought dozens of stores in its home state of Florida from Albertsons in a move that shored up its market share and put additional pressure on in-state rivals like Winn-Dixie and Delhaize’s ascending Sweetbay chain.

Winn-Dixie several years later would absorb most of Sweetbay’s stores.

The recession was Crenshaw's first test as Publix's leader. He looked to new markets to regain historic growth.

Crenshaw, who helped the company establish an all-conquering Atlanta division in the 1990s, set sights on Alabama and the Carolinas, establishing a new division in Charlotte. He also shored up market share in South Carolina with the purchase of several former Bi-Lo and Piggly Wiggly sites there.

While some observers have said Publix built its sales success by virtue of having weaker competitors, Stern said he sees it otherwise: “If anything I think Publix is underestimated as a competitor,” he maintained. “They are strong when they need to be. And if their markets look easy to compete in, then consider the number of retailers that have found out the hard way that it isn’t.”

Burt P. Flickinger III, managing director of Strategic Resource Group, compared Crenshaw and Jones to another successful leadership duo: Dave Dillon and Rodney McMullen of Kroger. “You’re going from one great tremendous leader to another, and that’s one of the reasons why their competitors, despite record population growth where they do business, have struggled so much,” Flickinger said. 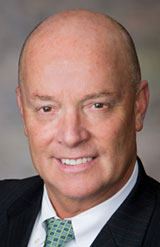 While Crenshaw is the grandson of Publix founder George Jenkins, and inherited the CEO role from his cousin, Charles Jenkins Jr., Jones is poised to become the first Publix CEO to have no relation to the family founders. Jones however grew up in the business, starting in 1980 as a teenage front-service clerk at a Publix store in New Smyrna Beach, Fla. He worked in a variety of store positions before becoming a store manager in 1988, a district manager in 1997, regional director in 1999 and VP of the Jacksonville division in 2003. In 2005, Jones was promoted to SVP of product business development. He was named president in 2008.

Flickinger, who taught Jones as a student in a summer class for retail executives at Cornell University, told SN that Jones — along with late coworker Henry Pileggi — were among “the five best students I taught among thousands of international executives.

“He was working all day and understood every type of retail format and developed battle plans, even for retailers like Aldi who at the time weren’t in the Publix trading area,” Flickinger recalled.

Stern described Jones as “incredibly passionate about the business and a tremendous hands-on operator. So in addition to be a leader, Todd can talk and walk you through any element of a Publix store in great detail, because he grew up in the business.”