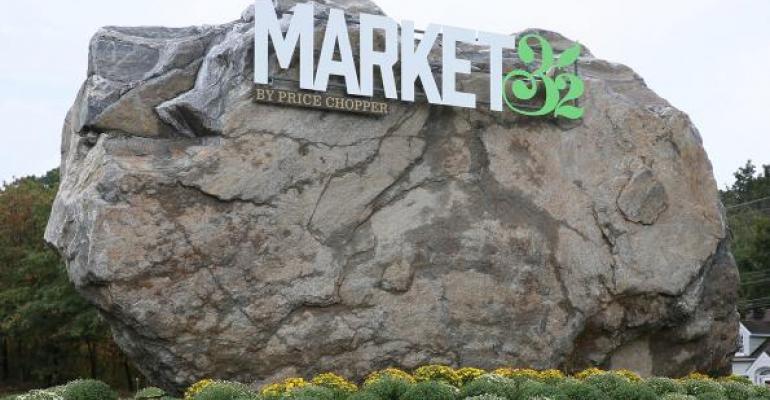 Albertsons Cos. is on the verge of acquiring Price Chopper, Reuters reported late Tuesday.

SN reported exclusively in August that Golub Corp., Price Chopper’s corporate owners, had been advised to sell the company. Golub since January had been seeking financial partners to support capital requirements involved in an ongoing plan to transform its 135 stores to the company's Market 32 format.

The Reuters report, based on anonymous sources, said Albertsons was in “advanced talks” to acquire the chain for about $1 billion.

Sources told SN that price, if accurate, would indicate the companies were discussing a deal for stores and not for real estate like Price Chopper’s warehouse. Burt P. Flickinger, managing director for Strategic Resource Group, valued Price Chopper at up to $2.5 billion if real estate assets were included in a deal.

Should it emerge with Price Chopper, Albertsons would solidify its East Coast base and fill a gap between its Pennsylvania-based Acme and Massachusetts-based Shaw’s brands. Price Chopper did estimated sales of $3.7 billion in 2015, according to SN’s Top 75. It has leading market shares in the Albany-Schenectady and Glens Falls, N.Y. markets, and No. 2 positions in Binghamton, N.Y.; Utica-Rome, N.Y.; Pittsfield, Mass.; Worcester, Mass.; and Burlington, Vt., according to Metro Market Studies.

Albertsons, based in Boise, Idaho, has become a major industry consolidator, acquiring large publicly traded companies like Safeway and family-run regionals alike in recent years. Albertsons is controlled by a consortium of private equity and real estate firms led by Cerberus Capital.

Golub Corp. in January named Scott Grimmett CEO, succeeding Jerel Golub and becoming the first non-family member to serve in that role in the company’s 84-year history. In the past decade, Price Chopper senior executives Joe Kelley and David Hepfinger left for top roles at other supermarket companies.

Price Chopper has a history of innovation including the decision announced two years ago to reinvent itself with the Market 32 concept, a store official described as “a complete refocus on the core values that our customers are looking for in a store.”

Golub Corp. said then it would cost about $300 million over the next five years to transform half of its stores.