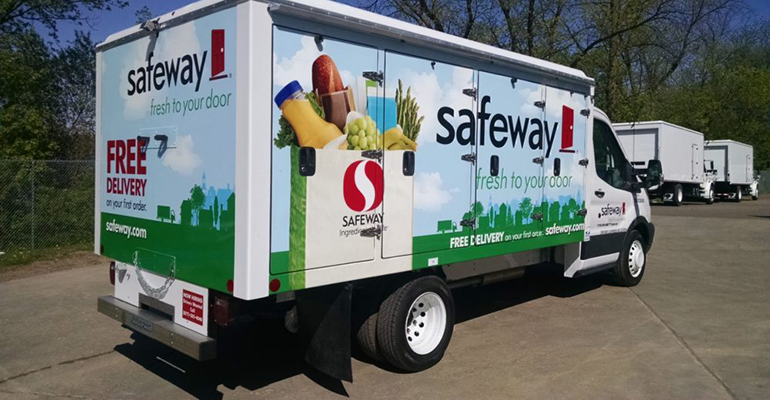 A group of 90 grocery home delivery drivers working for Safeway.com in the Seattle area have ratified a contract with the Teamsters.

This week’s vote is believed to mark the first time that truck drivers for online grocery home delivery have unionized and secured a contract, according to a spokesman for Teamsters Local 174.

The process began last September, when about 70 Safeway.com truck drivers had voted to unionize by joining Teamsters Local 174, which also represented Safeway drivers who delivered groceries to stores from the retailer’s distribution centers in Auburn and Bellevue, Wash.

At the time, Teamsters Local 174 noted that the union vote came at a key moment for the retail grocery sector, which had just seen e-tail giant Amazon close its acquisition of Whole Foods Markets.

“This is not just a big win for these Safeway.com drivers, but this is a foot in the door for other organizing opportunities in this same industry in the future,” Hicks commented when announcing the vote for the union. “Home grocery delivery is a growing industry and, from this day forward, it is going to be an industry that includes the Teamsters Union.”

Local 313 later joined the union effort. This past June, the two locals had voted to authorize a strike due to what they said was slow progress in negotiations, but the parties ended up reaching an accord.

Along with wage increases, the ratification of the contract will bring access to affordable health care and a pension plan as well as better scheduling and safety improvements, among other benefits, Teamsters Local 174 reported.