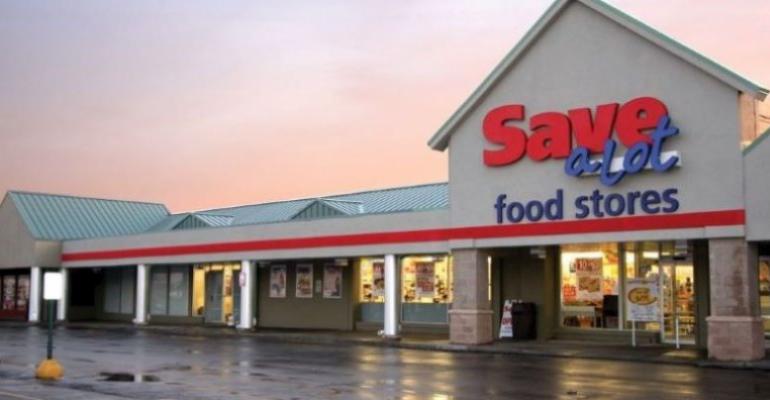 Save A Lot
Save A Lot currently operates more than 1,100 discount grocery stores in 33 states.
News>Retail & Financial

Save A Lot eyes rebound with capital infusion

Struggling discount grocer Save A Lot has landed new financing that the company says will lighten its debt load and spur its business transformation strategy.

St. Louis-based Save A Lot said Friday that it has reached an agreement with “a substantial majority” of its lenders to recapitalize the business and deleverage its balance sheet. The retailer, owned by Canadian private-equity firm Onex Corp., expects the funding infusion to help support operations and accelerate efforts to modernize its stores and enhance the shopping experience.

Related: Save A Lot partners with Amazon for pickup, payment

Under the agreement, Save A Lot will receive $138 million in new capital to shore up its business and add more financial flexibility. The company said the deal also will cut debt by more than $400 million as well as bolster the balance sheet and “significantly reduce” annual interest expense.

“The agreement with our lenders is an important step in securing Save A Lot’s long-term success,” CEO Kenneth McGrath said in a statement. “This is a significant statement of confidence in our business and gives us the appropriate levels of capital to compete effectively.”

Save A Lot’s struggles have continued since Onex acquired the chain in December 2016 for about $1.4 billion from Supervalu Inc. Now part of United Natural Foods Inc., Supervalu had previously explored a spinoff or sale of Save A Lot but encountered difficulty as grocery economic conditions and the chain’s performance waned. Competition also has stiffened in the U.S. value grocery arena, especially with the aggressive expansion of Aldi and, more recently, Lidl and Grocery Outlet Bargain Market.

Former Lidl executive McGrath was named Save A Lot CEO in April 2017 to lead a turnaround of the business, taking over from Eric Claus, who in 2016 had begun efforts to upgrade the retailer’s stores. Save A Lot, which in December moved into a new headquarters in St. Ann, Mo., said it has been updating its St. Louis-area stores and exploring new customer-facing digital technologies under a plan to transform its business model. The latter includes a partnership with Amazon to make more than a third of Save A Lot stores pickup and payment sites for Amazon.com purchases.

Save A Lot said it offers savings of up to 40% compared with traditional supermarkets on high-quality private-label and national-brand products, USDA-inspected meat, farm-fresh fruit and vegetables, and non-food items.

“We have an amazing group of retail partners and team members who provide Save A Lot shoppers with high-quality products at low prices every day. This new investment is an endorsement of their hard work and dedication to our customers,” McGrath added.

The new financing pact has been approved by lenders representing 67% of the company’s term loan credit agreement, according to Save A Lot. Pending finalization of documentation and certain creditor approvals, the deal is expected to be completed in the 2020 first quarter.