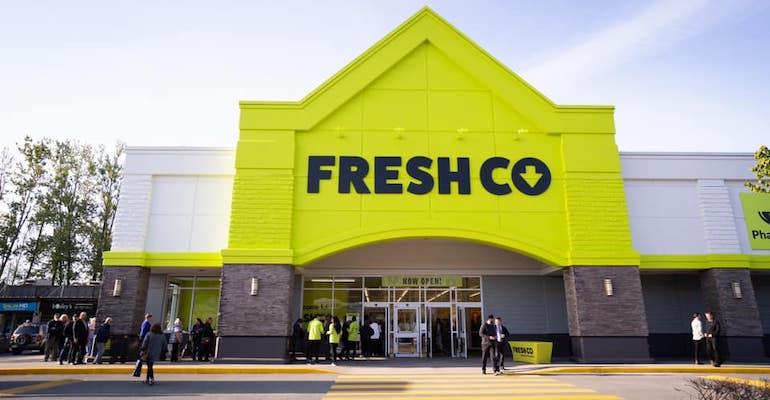 FreshCo
Since the first FreshCo opened in Western Canada in April 2019, Sobeys has added 14 FreshCo stores in British Columbia and two in Manitoba.
News>Retail & Financial

Canadian grocer on track with conversions of Safeway, Sobeys locations

Sobeys is expanding its FreshCo discount supermarket chain in Western Canada with six new locations, including the banner’s first stores in Alberta.

Parent Empire Company Ltd. said late yesterday that the new FreshCo stores include two in Alberta and four in Manitoba. One of the locations in Alberta will be a newly built store and the other a conversion of an existing Sobeys supermarket. The four Manitoba FreshCo stores will be conversions of Safeway locations.

“Breaking ground in Alberta is a significant milestone in our Western Canadian expansion. We have now opened or planned locations in every province in Western Canada,” Mike Venton, general manager for discount formats at Sobeys, said in a statement.

The two Alberta FreshCos are located in Edmonton, in Heritage and Tamarack. A brand-new store, the Tamarack location is slated to open next spring. Meanwhile, the current Sobeys supermarket in Heritage is due to close for renovation this fall and then reopen under the FreshCo banner in spring 2021. That also will be the timetable for the conversion of the four Safeway stores in Manitoba, all located in Winnipeg (Sargent, Niakwa Village, Pembina and McGillivray, and Henderson and Bronx). 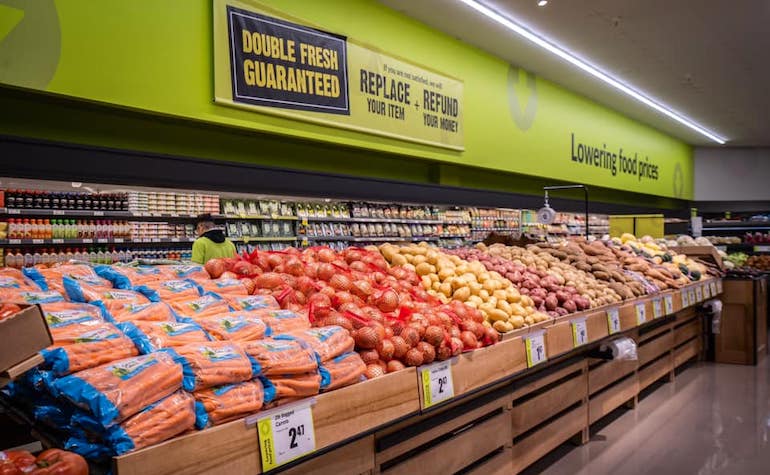 Designed with an easy-to-shop layout, FreshCo stores focus on providing fresh foods at low prices. Deals and savings are highlighted throughout the store, and the banner offers three money-saving guarantees: In-Stock (a raincheck plus 10% off a flyer-advertised product if it’s not available when a customer shops), Double Fresh (reimbursement and replacement of a product if a customer isn’t satisfied) and Lowest Price (price match if a product is sold for less at a competing retailer). FreshCo locations also have an in-store pharmacy so customers can fill their prescriptions while they shop.

“Our FreshCo expansion into Western Canada is more relevant than ever before, as economic realities continue to shift,” Venton added. “We are seeing a strong appetite for discount grocery options as the brand continues to resonate with the Western Canadian shopper.”

In December 2017, Empire unveiled plans to convert underperforming Safeway and Sobeys supermarkets in Western Canada — amounting to about 25% of the banners’ 255 locations in the region — to FreshCo outlets over the following five years. As of yesterday’s announcement, the company has confirmed 28 of approximately 65 stores earmarked for FreshCo conversions.

Stellarton, Nova Scotia-based Empire expects to record closing costs of about $4 million in the fiscal 2021 first quarter for the Safeway and Sobeys stores undergoing FreshCo conversions. The company said it will work with the union representing impacted employees in Manitoba to ensure all terms of their collective bargaining agreements are met and options are provided, including the job opportunities at the new FreshCo locations or at Safeway stores within the network.