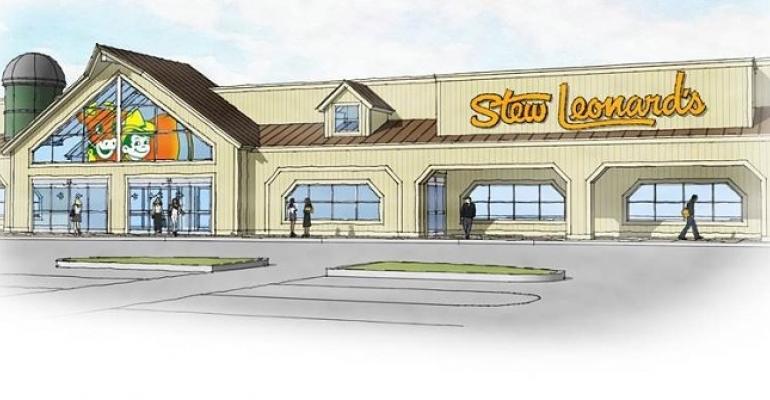 Fresh grocer Stew Leonard’s on Tuesday announced plans to build a long-awaited store on Long Island. The company said the new store — its fifth overall — would open early next year in the Airport Plaza shopping center in Farmingdale, N.Y.

The site is in the same center that currently houses a Stew Leonard’s Wines store. “We are thrilled to be finally building a Stew Leonard’s in Farmingdale,” Stew Leonard, Jr., president and CEO of Stew Leonard’s, Norwalk, Conn., said in a statement. “This has been a dream of our family’s since 2002, when we first started exploring options for a new store on Long Island. We know we’ll be welcomed with open arms by all of our friends in Farmingdale and throughout Suffolk County.”

A prior attempt to build a store in the area was thwarted by neighboring Republic Airport, which said a previous plan to build a 120,000-square-foot store there would interrupt the flight paths. Stew Leonard’s did go ahead with plans for the wine and spirits store, which opened in 2002.

“We are very pleased that Stew Leonard’s chose Kimco’s Airport Plaza shopping center for their first location on Long Island. We are focused on partnering with best-in-class tenants, and Stew Leonard’s is no exception. They are a highly regarded, one-of-a-kind grocer that will be a wonderful addition to the shopping center,” said Josh Weinkranz, Kimco Realty’s northeast regional president. Stew Leonard’s was represented by Jeffrey L. Nable of Ripco Real Estate.

J. Petrocelli Contracting will begin construction of the new store shortly, officials said. Once opened, the store will provide up to 400 jobs, a significant portion of which will be full-time. Known for its playful approach to fresh foods and customer service, Stew Leonard’s carries only 2,200 items, chosen specifically for their freshness, quality and value.

The store will offer a “from scratch” in-store bakery, cut-to-order butcher shop, fresh seafood department, and products sourced from local farms and suppliers. Most notable is an in-house kitchen, where throughout the day a 50-person culinary team prepares a variety of hot foods for their buffet bar, as well as refrigerated meals to go, Stew Leonard’s said.