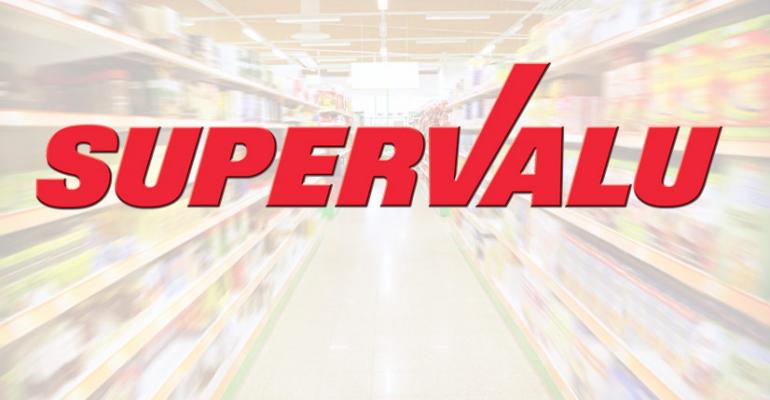 Supervalu seen back on track

Investments in pricing, a shift toward decentralization, and efficiencies in wholesaling are beginning to pay dividends for the reconstituted Supervalu, analysts said.

The Minneapolis-based company, which last year returned to its former incarnation as a three-legged entity — wholesale distributor, regional chain operator and Save-A-Lot licensor — showed some signs that it was starting to turn its business around after struggling for years under the weight of its 2006 Albertsons acquisition.

“We continue to believe management is implementing the right strategies as the company works to improve business fundamentals,” said Scott Mushkin, an analyst with Wolfe Research, New York, after Supervalu posted gains in identical-store sales and a $26 million profit for the fourth quarter of its fiscal 2014. “With ID sales improving, Supervalu’s efforts at both retail and Save-A-Lot appear to be gaining traction.”

He cautioned, however, that EBITDA would likely continue to be pressured as Supervalu continues to invest in lower pricing to drive sales volume.

John Heinbockel, an analyst with Guggenheim Securities, New York, said he was “encouraged” by Supervalu’s performance in the quarter.

“It is clear to us that meaningful, but manageable, price investments will be made in [calendar] 2014, funded by a variety of sources,” he said in a research note. “Importantly, though we expect these investments will prevent EBITDA from rising, we believe that a sufficiently deliberate approach should limit the downside case while also better positioning the company to return to growth at some point in [calendar] 2015.”

“We have seen great success with the changes made in both meat and produce, and I believe we still have upside as we further look at new merchandising opportunities and focus on even stronger in-store execution,” Sam Duncan, Supervalu’s president and CEO, said in a conference call with analysts.

Heinbockel of Guggenheim Securities noted that Save-A-Lot has been selectively altering the prices of highly visible items “in order to have a greater impact on customer perception.”

“In addition, some basic blocking and tackling concepts, such as stronger endcap support for promotional items, are being migrated to licensed from corporate stores,” he said.

He also said the limited-assortment chain will be adding more seasonal and close-out general merchandise items in larger Save-A-Lot locations.

In the retail food division, which includes Supervalu’s own more traditional supermarkets, fourth-quarter sales were $1.09 million, up 0.2%. Adjusted operating earnings more than doubled to $38 million, compared with adjusted operating income of $14 million a year ago. Supervalu attributed the gains primarily to cost reduction initiatives.

“After we rolled out the decentralized operating model in the first quarter, our banners moved through the second and third quarters, learning and refining the relationship between promotional investment, expected sales, and the appropriate levels of inventory,” Duncan said. “We still have work to do in our retail segment, but our fourth-quarter results demonstrated the team’s ability to develop promotional plans that create the desired customer behavior which we believe will help us drive sustainable sales growth in fiscal 2015.”

Supervalu also has launched a new program in its Cub Foods stores that gives customers the ability to download digital coupons directly to their phone or Cub Rewards card.

“This is another important step for us in the digital space, and we’ll be watching and reviewing this program closely to determine how to leverage this capability across the rest of the company,” Duncan said.