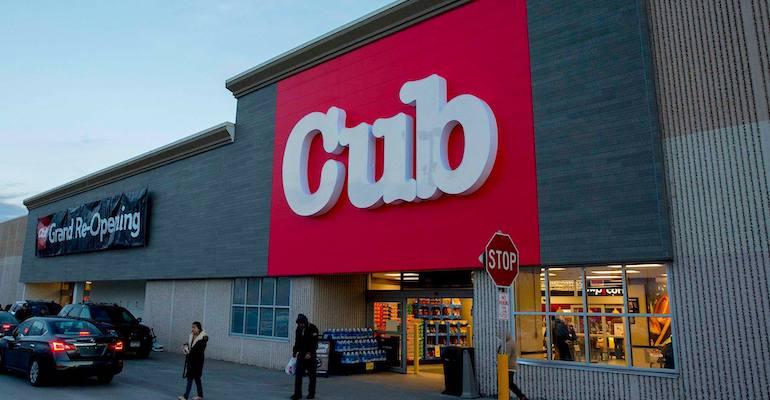 Cub Foods
UNFI’s retail business, including Cub Foods, saw sales of $1.7 billion in 2020, a 41% increase over the previous year due to the pandemic grocery shopping surge.
News>Retail & Financial

United Natural Foods Inc. is going to stay in the retail food business, at least for now.

Officials with the national food wholesaler announced during Thursday's Investor Day presentation that it will continue to own and operate its 71 Cub Foods and Shoppers Food Warehouse stores, which are located in Minnesota and the mid-Atlantic region, respectively.

"When we went into the pandemic, we felt morally obligated to the communities in which we trade…that we wouldn't put those communities through an ownership change because the stores are just so important to the communities," UNFI CEO Steve Spinner said Thursday morning.

"We've made a lot of enhancements to retail. We have an incredible leadership team, and they've just delivered phenomenal results of over $100 million in EBITDA. So we're not selling retail today. On the other hand, we're not looking to expand into markets that we don't already play," he continued.

UNFI acquired approximately 3,000 retail stores when it purchased rival distributor Supervalu in 2018. At the time, Spinner emphasized the wholesaler's intent to divest the retail stores as soon as possible. The company sold or closed the majority, and in January 2020, Spinner said he expected to sell Cub Foods by August of that year.

But then the COVID-19 pandemic arrived. Spinner announced in June 2020 that the distributor would not try to sell the two retail banners for at least two years. UNFI’s retail business saw sales of $1.7 billion in 2020, a 41% increase over the previous year due to the pandemic grocery shopping surge.

Chris Testa, president of UNFI, pointed out that owning the retail stores supports the distributor's goal of taking 20% of the wholesale food market.

This story will be updated with more information from Investor Day.