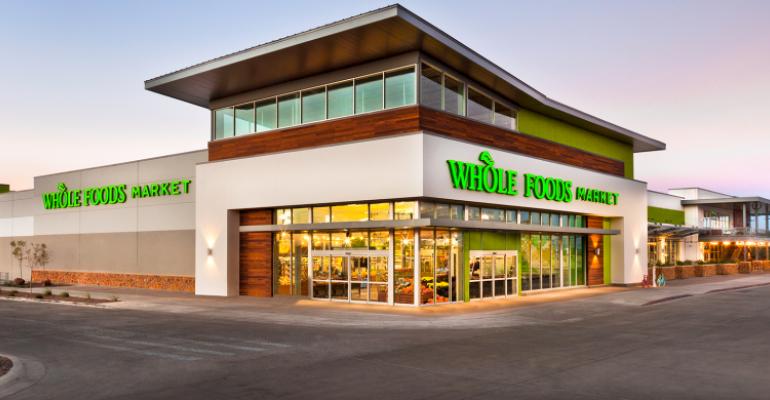 Chain announces it will close nine stores and dial back its new-store development plans.

Whole Foods Market on Wednesday said it has launched a partnership with data-analysis firm Dunnhumby and accelerated its rollout of category management.

At the same time, the Austin, Texas-based retailer trimmed its sales forecast for the year, announced the planned closure of nine stores and said it would dial back its new-store development plans. The company no longer has a goal of operating 1,200-plus stores, said Whole Foods CEO John Mackey in a conference call discussing first-quarter financial results.

“We believe our more targeted and disciplined site selection and continued moderation in … square footage growth will result in a healthier bottom line, increased free cash flow and higher returns,” he said.

The pullback will reduce cannibalization and allow the company to focus on building comparable-store sales, which fell 2.4% in the first quarter.

The slowdown in new-store development likely won’t be visible for a few years as Whole Foods still has 80 stores in development, Mackey explained, but the company expects to announce fewer lease signings going forward.

Partnering with Chicago-based Dunnhumby, which is credited with helping drive persistent sales growth at Kroger Co. for years, will help the company focus on increasing sales among its best customers, Mackey said.

“If these customers add just one more item per trip, the sales potential is significantly greater than with any other segment,” he said.

By focusing on the “Whole Foodies,” as Mackey called the chain’s most loyal shoppers, the company also expects to improve the overall shopping experience for all of its shoppers. The move is tied to the company’s accelerated rollout of category management, which it had so far tested in one category in two regions.

Whole Foods said the nine stores slated for closure in the second quarter are mostly smaller, older locations, some of which had been picked up through acquisitions, and in some cases are located nearby newer, larger stores. At some of the locations, leases were set to expire this year and the company opted to exit rather than renew.

Whole Foods also said it has reduced its expectations for full-year sales — in part due to the store closures, but also because of ongoing competitive pressures and comparable-store sales trends. Sales growth is projected to be 1.5% for the year, down from previous projections of 2.5% to 4.5%. Comps for the year are expected to be “negative 2.5% or better,” the company said.

The company said its costs and prices have overall been relatively stable, citing deflation in some products, such as beef and organic apples, and inflation in others, such as farm-raised salmon and avocados.

Whole Foods also continues to trim labor in its stores by implementing what Mackey described as “smart service” levels. In some departments, such as pizza, he said sales actually improve by as much as 100% when stores switch to self-service pizza and eliminate staffed service from behind the counter.

Other initiatives that are helping the company drive efficiency include an “order-to-shelf” project and automatic replenishment.

In the order-to-shelf effort, some goods are moved directly from the loading dock to store shelves, which reduces back-room inventories and reduces the labor involved with moving the product twice — once from the truck to the back room, and again from the back room to the shelf.

Whole Foods is also gearing up for the next iteration of its small-format, 365 by Whole Foods locations. New stores are planned for the Austin, Texas, suburb of Cedar Park in April, followed by stores in Santa Monica, Calif., and Akron, Ohio, later this year.

The new stores will incorporate some of the learnings from the first three locations, such as the need for more bulk foods and HBC items, the company said.