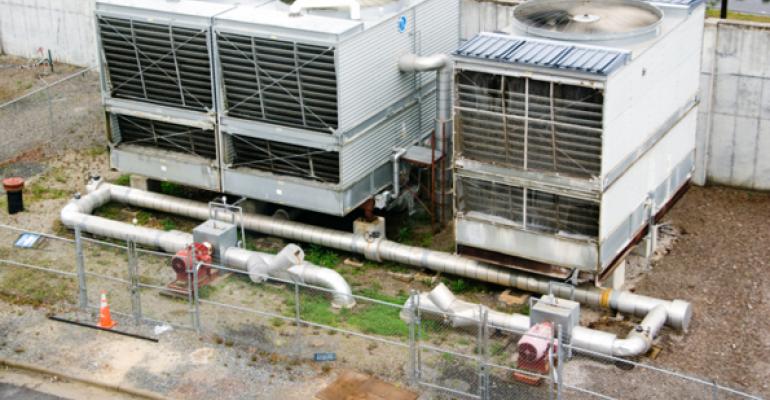 The step-wise phaseout is designed to increase recycling of the refrigerant, promote better refrigerant management and support the transition to new refrigerants.

PHOENIX — The Environmental Protection Agency has not yet made a final determination on the amount of R-22 refrigerant that manufacturers can produce and import for 2012 through 2014, an EPA representative said.

R-22, which is being phased out by the EPA, still constitutes a significant percentage of the refrigerant used by retailers in their stores, though many are working on replacing it with acceptable alternatives. Restrictions on the availability of R-22 have driven up its cost in the past year.

The EPA is considering a 55 million- to 90 million-pound limit for production and import of R-22 in 2012, said Keilly Witman (right), manager of the EPA’s GreenChill Partnership, during a presentation last month at the Food Marketing Institute’s Energy & Store Development Conference here. The current 2012 limit is 55 million pounds until the final amount is set. She could not say when the agency will reveal its final R-22 plans for 2012.

When it leaks from refrigeration equipment into the atmosphere, R-22, an HCFC gas, is known to deplete the ozone layer that shields the earth from the sun’s ultraviolet radiation. The reduction of HCFC and CFC gases in refrigeration systems has led to the beginning of a recovery of the ozone layer as previously released gases in the atmosphere are “starting to disappear,” Witman said.

The EPA has also not taken any action yet on proposed amendments to Section 608 of the Clean Air Act, which would lower the refrigerant leak repair “trigger rate” from 35% to 20%.

The EPA, following the international Montreal Protocol treaty, began stepping down the amount of R-22 refrigerant that can be made or imported in 2010, with a deadline of terminating all production and imports by 2020. In addition, any new or imported R-22 is only allowed for servicing of existing refrigeration systems and can’t be used in new systems.

The EPA has established that production of all HCFC gases can’t exceed 10% of the baseline amount in 2015. The agency “decided to stagger the reduction [in 2012 to 2014] so everyone will be prepared for much lower levels in 2015,” Witman said.

The step-wise phaseout is designed to increase recycling of the refrigerant, promote better refrigerant management and support the transition to new refrigerants, Witman said.

The 2020 phaseout deadline “sounds like it’s far away,” in terms of planning cycles and retrofit schedules, she noted. “But it’s certainly not too early to start thinking about what you’re going to do in 2020.”

While fresh R-22 can’t be used in new refrigeration equipment, retailers have raised questions about whether it can be used in remodel scenarios. The EPA has created a fact sheet addressing those situations (available at http://1.usa.gov/OET3Sj) and Witman welcomes retailers, whether or not they are in the GreenChill program, to contact her with questions.

The EPA’s SNAP (Significant New Alternatives Policy) program, which lists refrigerants that can be used in place of R-22, has approved R-290 (propane) for new food self-contained units, as well as carbon dioxide (R-744) for new vending machines and commercial refrigeration. “We’re trying to get you as many alternatives as we can,” said Witman.

The “up-and-coming” refrigerants, she added, are those with low or zero global warming potential (GWP) such as carbon dioxide, ammonia, HFOs and hydrocarbons. In the U.S., an Albertsons store in Carpinteria, Calif., is using only low-GWP refrigerants (carbon dioxide and ammonia) and “several more pilots are in the works,” she said.

Witman also noted that “there is no news” regarding proposed amendments to Section 608 of the Clean Air Act, proposals that were originally made in late 2010. The most notable proposal would lower the refrigerant leak repair trigger rate — the annual leak rate at which leaks must be repaired — from 35% to 20%. (The average industry leak rate is 25%.) Other proposals include requiring verification and documentation of all repairs; requiring retrofit or retirement of appliances that cannot be sufficiently repaired; and requiring replacement of appliance components with a history of failures.

The EPA is considering an exemption to the Section 608 “no-venting” prohibition when applied to hydrocarbons, and plans to address a petition to remove HFC-134a from the list of acceptable substitutes in the SNAP program. The agency is also preparing for a 2015 labeling requirement and rules governing the allocation of R-22 in 2015 and beyond.

Witman, who has managed the EPA’s GreenChill program since its inception in 2007, noted that the program recently published a progress report featuring testimonials from supermarket participants on “what GreenChill has done for them.” The program, which focuses on refrigerant management and leak reduction, also just released a new fact sheet on “refrigerant leak prevention through regular maintenance” and plans to publish by early 2013 “green guidelines” on DX (direct expansion) refrigeration systems.