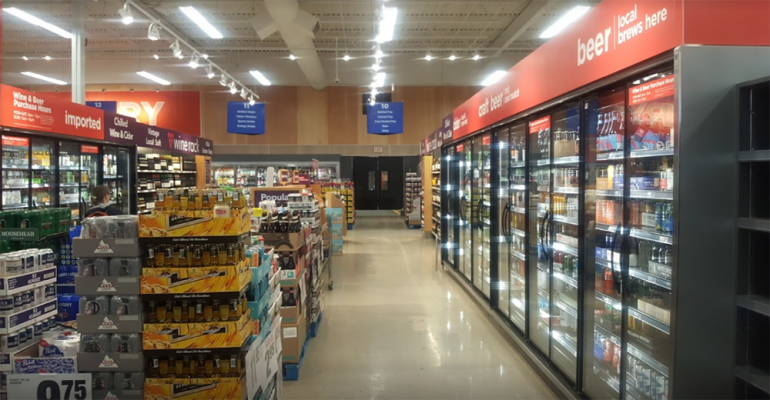 Canada’s environmental ministry is facing criticism for providing funding to help Loblaw Cos. reduce emissions from refrigeration units in hundreds of stores.

Environment and Climate Change Canada said this week that it plans to invest $12 million (Canadian) to help Loblaw convert refrigeration systems in about 370 stores nationwide over the next three years. The government’s funds for the project, expected to help lower Loblaw's annual emissions by 23%, come in addition to $36 million invested by the Brampton, Ontario-based retailer. 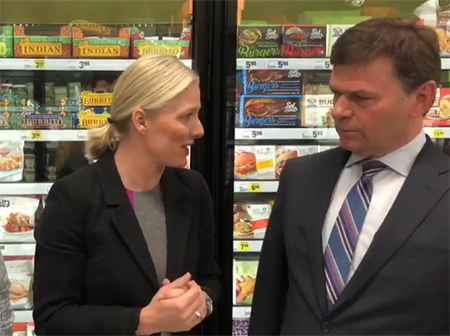 Loblaw had applied for the funding through the ministry’s Low Carbon Economy Challenge, a $450 million program that supports Canadian businesses’ efforts to lower greenhouse gas emissions and generate clean growth in line with Canada’s climate action plan. The monies come from the government’s Low Carbon Economy Fund, which invests in projects that reduce carbon pollution and create clean economy jobs.

"Canadians across the country are coming up with innovative and affordable solutions to increase energy efficiency and reduce emissions, saving people money and creating good jobs along the way,” Catherine McKenna, minister of Environment and Climate Change, said in a statement. “By investing in these projects, from coast to coast to coast, the government of Canada is making sure we are positioned to succeed in the $26 trillion global market for clean solutions and to create good middle-class jobs today and for the future."

However, since Monday’s announcement with Loblaw, Environment and Climate Change Canada has taken flak in the press and social media for providing public funds to one of Canada’s biggest companies, which totaled sales of $45.84 billion and earnings of $754 million in 2018.

Critics also chided the government’s support of Loblaw because of the company’s participation in a 14-year, industrywide bread price-fixing scheme and appeal of a court ruling that required the retailer to pay $368 million in back taxes and interest but cleared it of tax avoidance.

McKenna noted that the Low Carbon Economy Fund and its Challenge program support businesses and other organizations across the board.

“It’s a competitive process, and Loblaw was one of the 50 winners. Why? Because they can get the most significant emission reductions. We put in a quarter of the funding,” McKenna told Canada’s Global News yesterday. “But let’s be clear. This project is actually going to make a difference. By changing how they are going to cool their products, it’s the equivalent of taking 50,000 vehicles off the road every single year.

In a press conference Monday at Loblaw’s Real Canadian Superstore in Westboro, a section of Ottawa, McKenna, company executives and local officials discussed the project and Canadian climate change efforts.

“Our purpose is to help Canadians live life well. And we believe that by working to preserve our environment, we can do just that,” said Gordon Chem, senior vice president of operations for superstores at Loblaw.

The Low Carbon Economy funding will give Loblaw a boost in its efforts to promote more eco-friendly refrigeration, according to Mark Schembri, vice president of supermarket systems and store maintenance for Loblaw.

“This important project will reduce the carbon emissions associated with our corporate network of stores by over 200,000 metric tons a year. This is the equivalent of taking over 50,000 cars off the road each year,” he said at the press conference.

In the area of refrigeration, Loblaw in recent years has converted open, multideck refrigerated cases to doors to save energy as well as addressed refrigerant leakage, Schembri noted.

“Refrigerant leaks represent the second-highest contributing source of our carbon footprint. We’re in the business of storing and selling perishable products. As a result, we’re very reliant on refrigerant. We’ve done what we can to reduce the amount of leakage through advanced system design and proactive leak checking, and now we’re turning our efforts to introducing a new type of refrigerant. In our new stores, we’re converting to natural refrigerants. However, in our broader existing store network, we’re retrofitting to a new refrigerant that has a 66% lower global warming potential than the refrigerants currently used in the system,” he explained.

“As a company, we’ve invested tens of millions of dollars in this area. With the contribution from the Low Carbon Economy Fund, we will be able to accelerate our efforts in retrofitting the majority of our corporate stores over the next few years,” Schembri added. “With this project and support from the government, we expect to exceed our 30% reduction target.”

Loblaw’s effort to clamp down on refrigeration emissions represents “a great example of how we can work together to tackle climate change,” McKenna commented at the media event.

“We know what the problem is — too much pollution — and we know what the solutions are,” she said. “That is why I’m so pleased to be here at Loblaws today making an announcement that will have an impact at Loblaws stores across the whole country.”