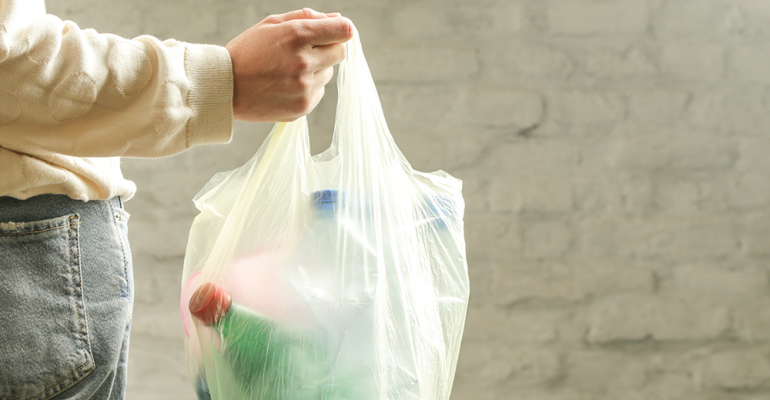 Aldi, The Kroger Co., Albertsons Cos. and Trader Joe’s led a Greenpeace ranking of 20 U.S. grocery retailers on their efforts to reduce plastic waste.

The global environmental organization, however, said none of the retailers examined received a passing score, noting that U.S. supermarkets have a long way to go to effectively address plastic pollution, particularly the elimination of single-use plastics. 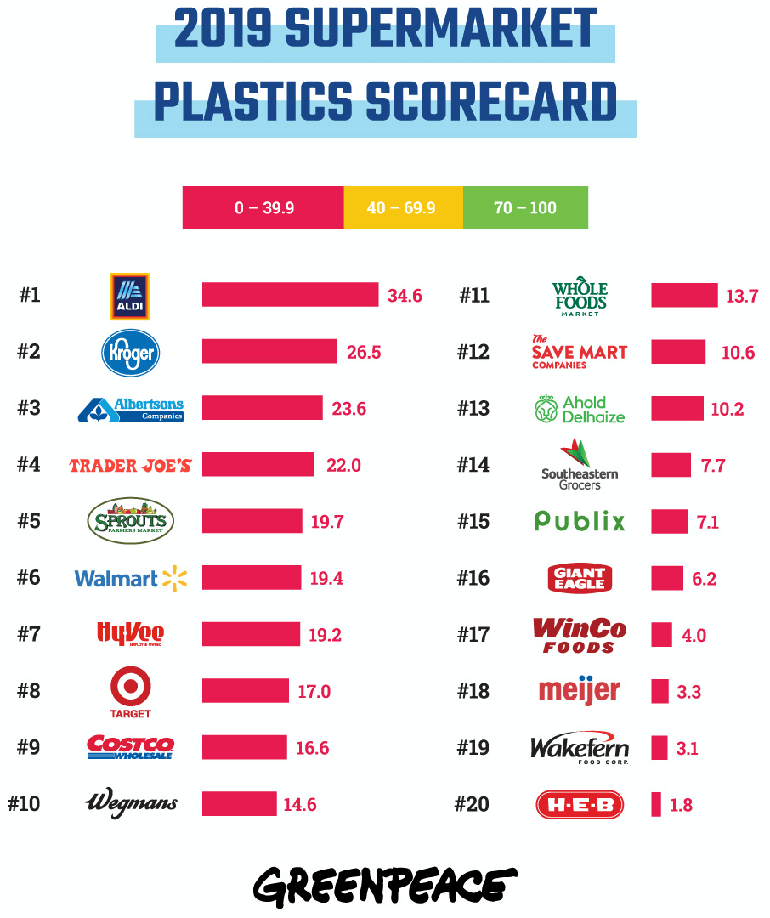 Greenpeace said the report is the first of its kind to gauge how major U.S. retailers are dealing with the issue of plastic waste. For the 2019 Scorecard, retailers were evaluated according to their plastic policies, plastic reduction efforts, innovation and initiatives, and transparency. Publicly available information and survey responses were used to determine the retailers’ scores.

“It’s not enough for a retailer to eliminate plastic straws or make small changes to produce bags and walk away from this issue,” report co-author and Greenpeace plastics campaigner David Pinsky said in a statement. “Retailers must develop comprehensive public policies to eliminate single-use plastics and remain transparent with customers as they implement those plans.”

Specifically, Greenpeace assessed retailers on efforts to reduce their plastic footprint and transition to more sustainable solutions; making time-bound commitment to reduce and phase out single-use plastics; implementation of alternatives to single-use plastics and support of plastic reduction initiatives; and public communication of plastic reduction policies and programs. A score of 40 or higher was defined as a passing grade.

“While falling just short of a passing score, Aldi is the highest-ranked retailer,” Greenpeace wrote in the 2019 Scorecard report. “Aldi has several initiatives that most other retailers do not: a specific plastic-reduction target, a more comprehensive plastic-reduction plan, greater transparency and a commitment to implement reuse and refill delivery systems.”

Kroger is the only top-five retailer by revenue that has committed to ban single-use plastic shopping bags, but the company doesn’t have a comprehensive plastic-reduction plan, according to Greenpeace. Still, the organization cited Kroger’s recently announced plan to pilot the Loop reusable packaging system as a potential solution to help reduce plastic waste.

“Like Albertsons and Walmart, Kroger is largely focused on recycling and lacks transparency,” the report said. “However, its recent partnership with Loop could signal promising change if Kroger invests more heavily in reuse models.”

“Trader Joe’s responded to customer feedback and has begun eliminating unnecessary plastic packaging in stores nationwide,” the Scorecard report said. “While this is a start, it is unclear whether the retailer will announce an ambitious plan to reduce and ultimately phase out single-use plastics.”

“One of the key places where billions of people interact with plastic on a daily basis is their local supermarket,” Greenpeace stated in the report. “As grocery retailers worldwide start to address their plastic footprints, it is time for U.S. retailers — including behemoths like Walmart, Kroger, Costco, Albertsons Cos. and Ahold Delhaize — to take demonstrable action to markedly and immediately reduce their plastic footprints.”

According to Pinsky, grocery retailers nationwide need to act with more urgency to cut down on plastic waste and seek and adopt alternatives.

“Not only do these companies have the resources to reimagine their stores with refill and reuse systems,” he added, “they can use their buying power to pressure consumer goods companies like Nestlé, Coca-Cola and Unilever to act as well.”