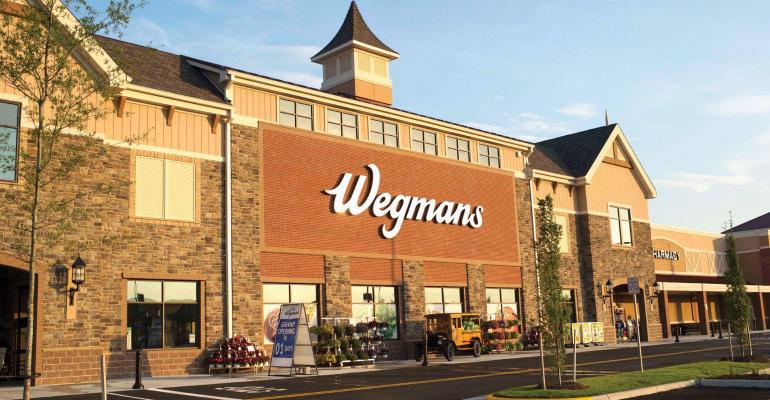 Wegmans
Wegmans is phasing out single-use plastic bags in New York before a state ban goes into effect on March 1.
Issues & Trends>Sustainability

Wegmans to phase out single-use plastic bags in New York

Wegmans Food Markets plans to pull single-use plastic bags from all of its 47 New York stores on Jan. 27.

Rochester, N.Y.-based Wegmans said Monday that the move follows a pilot launched in July in which the plastic bags were removed at two stores in Corning and Ithaca, N.Y. The retailer noted that it’s phasing out the bags before a New York state ban goes into effect on March 1.

“We learned a lot from the pilot that will help ensure a smooth transition out of plastic bags in the rest of our New York stores for our customers and employees,” Jason Wadsworth, packaging and sustainability manager at Wegmans, said in a statement.

Last April, Wegmans announced that it would eliminate single-use plastic grocery bags ahead of the New York ban. The company said it aims to transition all customers to reusable bags, which it considers the best way to address the environmental challenge of single-use bags.

At stores where the county or municipality hasn’t already implemented a 5-cent fee for paper bags, Wegmans will charge 5 cents per paper bag. The amount collected from the paper bag charge will be donated to the local food bank serving each region.

“By adding a charge for each paper bag, our hope is to incentivize the adoption of reusable bags and, in time, achieve our goal of eliminating all single-use bags,” according to Wadsworth. “This approach has proven successful at our two-store pilot. On average today, 20% of the bags used across all Wegmans stores are reusable. However, at our pilot stores in Corning and Ithaca, we’ve flipped that statistic so that only 20% of the bags used are single-use bags.”

Wegmans said that since introducing reusable bags in 2007, the company has focused on educating customers about their benefits, notably extra convenience. A recent companywide survey found that 95% of Wegmans shoppers already own at least one reusable bag, and 87% have three or more. Among regular reusable bag customers, the top three reasons for choosing them over single-use bags — beyond the environmental benefits — were sturdiness, handles and ease of packing, the retailer said.

In other New York news, Wegmans on Monday said it plans to open a new 121,000-square-foot store in Harrison, N.Y., on June 7. The store is being built at 106 Corporate Park Dr. near Interstate 287 and the Hutchinson River Parkway.

Wegmans Harrison will offer a range of restaurant-prepared foods, including The Burger Bar, a family-friendly, casual restaurant counter that serves hamburgers, salads, sandwiches, kids’ meals, soup, side dishes, and beer and wine by the glass. Hiring and training for 220 full-time positions at the store began last April and is ongoing, and those processes are now under way for 280 part-time jobs.