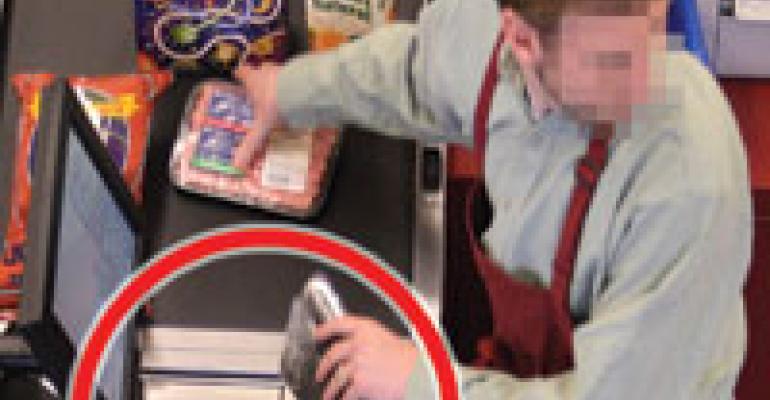 A few weeks ago, a burglar alarm was activated at the headquarters of United Supermarkets in Lubbock, Texas, at 10:30 p.m. As director of loss prevention, Todd Reynolds received a call at his home from the company monitoring the alarms. United has a network of megapixel video surveillance cameras at its headquarters, as well as at its 50 stores spanning three banners in north and west Texas. Reynolds

A few weeks ago, a burglar alarm was activated at the headquarters of United Supermarkets in Lubbock, Texas, at 10:30 p.m. As director of loss prevention, Todd Reynolds received a call at his home from the company monitoring the alarms.

United has a network of megapixel video surveillance cameras at its headquarters, as well as at its 50 stores spanning three banners in north and west Texas. Reynolds is able to remotely tap into high-resolution images by going online, and normally he would have cracked open his laptop to see what was happening at headquarters before contacting the police. In this case, however, he merely looked at his mobile smart phone.

“I could see it was [an employee] working late who accidentally set the alarm off while exiting,” he said. “I could see the person trying to push a code into a keypad. I saw it while on the phone with the alarm company and told them to disregard the alarm, all was well.”

Over the last 90 days, United has implemented MobileCamViewer software from mobiDEOS, Sunnyvale, Calif., at its corporate office, to enable various company executives and five or six store managers to access live video of stores and other facilities via any smart phone. Individual phones also require an app for this purpose. “It puts live video at your fingertips wherever you are,” Reynolds said. According to mobiDEOS, the video is accessible “without sacrificing security” or “modifying firewall policies.”

Besides Reynolds, the executives who are accessing in-house cameras through their personal smart phones include regional vice presidents; the directors of HR, pharmacy, and construction and maintenance; and a number of other functional department executives. United is looking into making the capability available to more store managers.

This is the latest example of a food retailer leveraging advancements in video technology to monitor and manage events in their stores and facilities, usually for loss-prevention purposes. In addition to video cameras stationed around the inside and outside of the store, retailers are investing in sophisticated software that can analyze video feeds from cameras aimed at the POS and pick out errant scanning behavior by cashiers. Special checkout cameras aimed at the bottom of the basket are able to identify products left there and automatically ring them up.

This investment in video technology may be helping to improve overall shrink numbers. According to the National Retail Security Survey, released in June by the National Retail Federation and the University of Florida, retail shrinkage in 2009 decreased to 1.44% of sales in 2009, from 1.51% in 2008. The majority of retail shrinkage was due to employee theft, which accounted for 43% of losses, with shoplifting responsible for 35% of losses. Other losses included administrative error (14.5%) and vendor fraud (3.8%).

United Supermarkets uses about 40 video cameras in its stores, though some of its larger Market Street stores have 60 cameras and some smaller footprint stores have as few as 16. Over the past four years, the company has been installing IP (Internet protocol) digital cameras in place of analog cameras; in another year, the chain will use only IP cameras, which offer better video quality than analogs and network accessibility, said Reynolds. In particular, United has been having “good luck” with the Panasonic i-Pro series surveillance cameras, which haven't lost their network connectivity, he added.

In the meantime, the remaining analog cameras are connected to encoders that convert analog to digital signals. Stores also employ between six and 12 PTZ (pan/tilt/zoom) cameras that can follow a shoplifting suspect; United's security officers find these cameras more effective in an analog form.

United positions the cameras inside the store at the checkout area, customer service station, produce department and back rooms, and outside at the loading docks, side entrances and parking lots.

United manages the networked cameras with IP video management software from On-Net Surveillance Systems Inc. (OnSSI), Pearl River, N.Y. This includes the NetGuard client application installed on a server at each store and the NetDVMS application running at corporate headquarters. Each networked camera can be configured for frame rate, resolution, compression format, recording mode and storage location. The system allows video footage to be archived for about 30 days.

United uses the OnSSI software to analyze surveillance camera video of employees and shoppers, as well as email it, print still photos or burn it to a disk or USB drive. The software's search capability allows executives and store managers to quickly locate the video of a particular incident, such as a theft, slip-and-fall or someone presenting a bad check, and select areas in the field-of-view for specific scrutiny.

The MobileCamViewer smart phone system, which is integrated with the OnSSI software, gives United executives “live verification” of events that sets off alarms such as burglaries and fires. “We want to verify the event before we dispatch the authorities,” said Reynolds. “We don't want to dispatch them unnecessarily. A lot of municipalities will charge you for dispatching to non-events.”

The mobile phone capability is helpful for executives when they are away from their desks. “We're not always in front of a computer where we can pull up the store camera,” he said. “But we can go to the mobile phone camera viewer and see what's going on.” Moreover, he added, the quality of the streaming video is very high on the smart phone — “the same as a laptop.”

The mobile camera function is applicable to many other areas of the business besides loss prevention. “We're finding new uses for it all the time,” said Reynolds. For example, the director of pharmacy can check whether shoppers are receiving the proper level of service in store pharmacies. The director of construction and maintenance is able to ensure that maintenance work is being done. At a new distribution center under construction, Reynolds foresees security guards having access to security cameras while on foot around the facility.

Reynolds declined to discuss the cost of the mobile application, but said he sees “significant value” in it.

The challenge in using a surveillance system is being able to get the most out of video content in a timely and efficient manner. While systems like United's enable the chain to zero in on known events, some new applications are able to identify unlawful or inefficient behavior by interpreting video images without human input.

For example, StopLift Checkout Vision Systems, Cambridge, Mass., offers a service that analyzes video feeds from existing overhead cameras to determine whether a cashier is engaged in sweethearting — deliberate avoidance of scans — or inadvertently missing them. Big Y, Springfield, Mass., deployed the service in 47 of its 57 stores last year.

In March, Lamb's Markets, an upscale operator based in Wilsonville, Ore., near Portland, installed StopLift's systems in its five stores, following a two-store test last year. The retailer also put up a video camera over each checkout to work with the system. “It monitors the movement of checkers and looks for the corresponding ring up,” said Gale Lasko, co-owner of Lamb's. “It's the most impressive piece of software I've ever seen that would zero in on sweethearting.” The system also points out items left at the bottom or the middle of shopping carts.

StopLift's software runs on a server in each store linked to the cameras and the POS; it collects and analyzes video, flagging potential incidents or errors with date, time and cashier and sending the analysis to India for further examination before returning the results to Lamb's stores within 24 hours, Lasko said.

Ironically, the StopLift system has not yet found intentional sweethearting at Lamb's, though Lasko speculates that may be the deterrent effect of installing cameras (till balancing has also improved since then). In assessing whether sweethearting has occurred, he looks at the percentage of scans that were missed. If only one item in a five-item order was not scanned — even if that were a meat item — he would consider that a checker error, though he would pay more attention to the checker and track repeated errors. Higher percentages of non-scans would suggest something intentional.

The StopLift system has identified numerous inadvertent scanning errors committed by cashiers, which can be more pervasive than sweethearting incidents. Half of the errors have turned out to occur with loose produce as cashiers fail to follow the proper procedure for keying in price look-up (PLU) codes. Sometimes cashiers miss scanning something because they are talking to shoppers or through the store intercom, or fail to scan curved bar codes on yogurt containers or hard-to-see codes on long racks of ribs.

To correct the scanning mistakes, Lamb's has instituted a one-on-one cashier training program. Managers are instructed on how to use the video as a training aid in counseling cashiers on proper scanning techniques. “Cashiers are often surprised at the errors they are seen making,” said Lasko. They are also coached on proper customer service — “don't talk to the box boy, focus on the customer.” The use of the system as a training tool takes away from cashiers' perception of the system as a “Big Brother” instrument, noted Lasko.

Lasko has not yet measured the impact of the StopLift system on shrink, though he plans to do so. But he is seeing “fewer errors in the videos” because of the counseling efforts. He declined to cite the cost of the system, but noted that it included an initial hardware cost and a quarterly subscription fee.

Other video systems aimed at the front end are also helping to reduce shrink. The LaneHawk system, which targets bottom-of-the-basket losses, is installed in more than 1,000 stores, with another 2,500 under contract, the system's creator Evolution Robotics, Pasadena, Calif., said earlier this year. LaneHawk consists of an image recognition camera installed near the floor of the checkout lane, with a direct view of the bottom of the shopping cart; when a product appears, the system identifies it in real time, sending the item's bar code information to the POS system.

Another POS video analysis system is being marketed by Agilence, Camden, N.J. Last year Raley's, West Sacramento, Calif., completed a rollout of the system, called Hawkeye, to all of its 132 stores. Also last year, Jons Marketplace, a 14-store chain based in Los Angeles, deployed the system.

The Hawkeye system combines a POS exception reporting function and video analysis, linking receipt data with associated video evidence. Like StopLift, Hawkeye can be used to flag sweethearting and other fraudulent cashier activity as well as correct poor scanning and administrative techniques.

According to Agilence, Jons has used the system to get cashiers to scan both items (rather than just one) in a buy-one, get-one-free promotion, as well as to ask for identification before scanning a credit card. Jons also identified cashiers who were not giving customers a $1 coupon printed out after they purchased $25 worth of goods; the retailer was also able to discover an employee engaged in sweethearting.