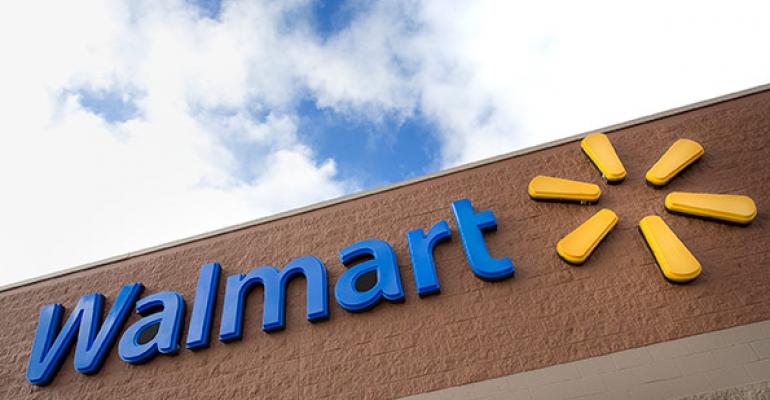 The company’s Neighborhood Market stores highlighted the results, showing comp growth of 5.5%. In prepared remarks, U.S. CEO Greg Foran said the company was already making progress on the “urgent agenda” items he detailed at a recent investor conference, including its execution of markdowns in produce which he said was improving freshness in stores.

“Overall, I would characterize the quarter sales performance as mixed,” Foran said. “While I'm encouraged by several emerging trends, and am cautiously optimistic about our Q4 topline performance, I know we have additional work to improve down our side counters and within our everyday business.”

Overall U.S. sales improved by 3.4% to $70 billion for the quarter, which ended Oct. 31. U.S. non-fuel comparable-store sales were up by 0.5%, representing the company’s first positive comps in seven quarters. Traffic was down 0.7% while basket size increased by 1.2%, Walmart said.

Foran said net inflation increased approximately 210 basis points versus last year, primarily lead by meat and dairy. Decreases in SNAP benefits for shoppers offset the sales impact of inflation, as did consumers who traded down from categories impacted by higher prices, he added.

Consolidated sales of $118 billion improved by 2.8%, reflecting a 1.7% gain in international sales and a 2.3% sales improvement at Sam’s Club. Sam’s showed non-fuel comp gains of 0.4%, reflecting traffic and ticket gains of 0.2%.

Walmart said sales have accelerated in Canada, with quarterly comps up by 0.6% and net sales up 3.3%. Fresh performed particularly well with double-digit growth due to increased grocery presence via new and converted stores, officials said.

Walmart grocery pickup test off to a good start
Oct 23, 2014