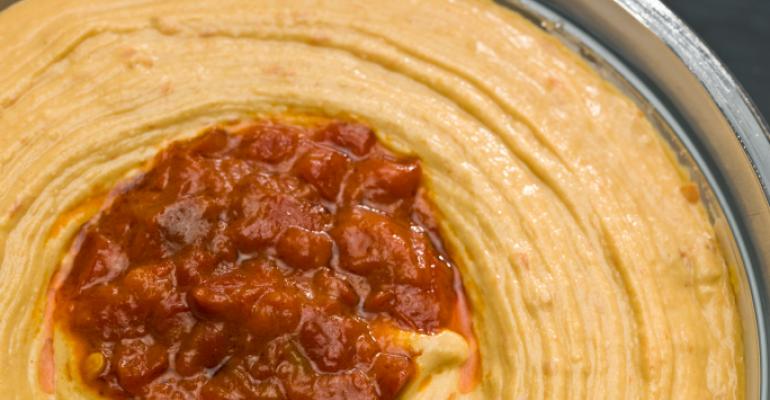 The Metamorphosis of Hummus

It was not all that long ago that hummus was a simple, earthy spread enjoyed with pita. There were only a handful of players in the hummus arena, mostly local manufacturers who produced Middle Eastern style products like tabouli and baba ghanouj. 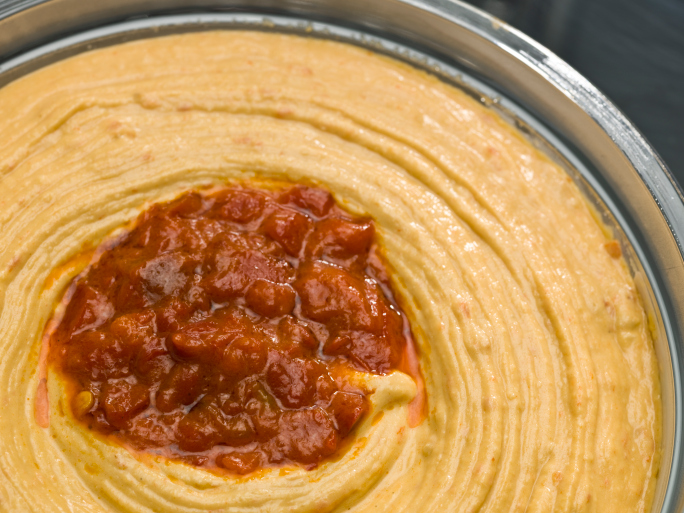 Then flavored hummus took root in the late 1990’s. This allowed creative retailers the opportunity to grow their piece of the hummus pie from one to two SKUs on shelf all the way to a dozen or so: Roasted garlic hummus, roasted red pepper hummus, lemon hummus, olive hummus, sun-dried tomato hummus — the list went on and on.

Shortly thereafter, seemingly rising from the snack category, came the concept that the real base of hummus was not necessarily the ubiquitous garbanzo bean (chick pea), but tahini. This sesame seed “butter” imparts the nutty, savory flavor component to a myriad of different recipes, including hummus.

While culinary trends expanded, so did the concept of tahini as the driving force behind hummus. Savvy product developers and chefs married the idea of taking any sort of legume, mixing it with tahini, and, voila, a new “hummus” was created. Now marry these new hummus “bases” with flavored toppings and a whole new line is instantly created.

Today, when you trawl the supermarket aisles, there is a complete set dedicated to hummus and its new offshoots. There are a few decent branded items on shelf, but the best products come from forward-thinking manufacturers who focus on private label programs where a retailer can show its true culinary colors by introducing uniquely flavored hummus with or without toppings. These creations are the direct result of a food trend that has also lifted demand for edamame, black beans, cannellini beans, lentils and other legume-types of foods.

Next time you shop, be sure to check out the ever-growing hummus category on display, for your eating pleasure, available under the store brand or a more recognizable national brand. You won’t be disappointed.