Riding the momentum of a number of food trends including humanely raised meats, high-protein foods and reinventing familiar tastes, a variety of elevated meat jerky products were on display as the show floor of Natural Products Expo East opened Thursday in Baltimore. 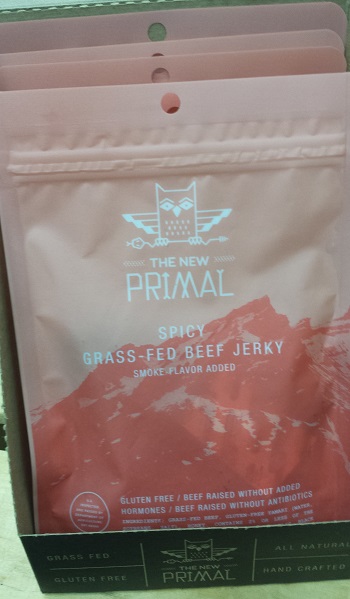 The New Primal, a brand based in Charleston, S.C., in the meantime was touting “an ingredient list you can pronounce” including 100% grass-fed beef -- the latter attribute setting it apart from other emerging brands in the category, said David Paul Miller, Primal’s national sales director.

Sweetwood Cattle Co., based in Steamboat Springs, Colo., was looking to expand its brand to grocery and natural channels after establishing its “hand-crafted” jerkies and meat sticks through outdoor retailers, notably REI. Sweetwood is reformulating its jerky to remove nitrites -- a barrier to some natural food retailers, its reps said.

Country Archer, based in California, has been producing jerky for private label since 1977 but only recently launched under its own brand; its reps were at Expo East spreading the word on its flavorful products, including a hot version.

Jerkies are seeing a renewed consumer interest as a healthy snack behind demand for high-protein, low-fat foods despite relatively high retails that come along with products made of beef. A 2 oz. package of New Primal retails for $7.59 or more, depending on the market.