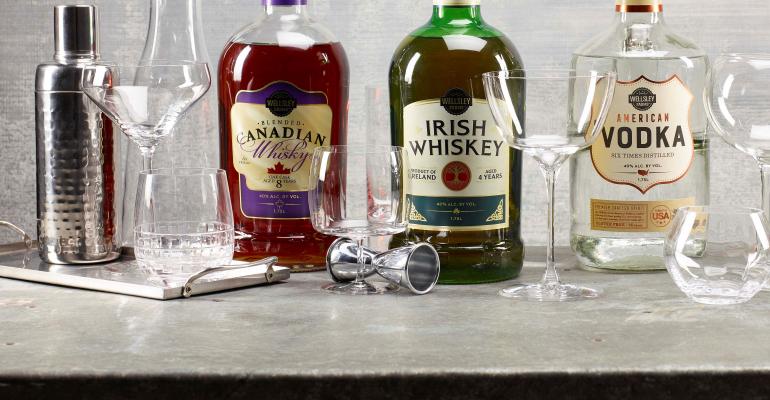 Following its introduction of own-brand wines earlier this year, BJ’s Wholesale Club has rolled out a line of premium liquor under its Wellsley Farms label.

BJ’s said Tuesday that the Wellsley Farms spirits include vodka, Canadian whisky and Irish whiskey, all in 1.75-liter bottles for less than $30 (pricing varies by state). The liquor is available at clubs in states where BJ’s is permitted to sell alcohol.

Starting at $18.99, Wellsley Farms American Vodka is crafted with the finest-quality U.S. corn and six-times distilled, according to BJ’s. Wellsley Farms Canadian Whisky, described as a “deliciously mellow spirit,” is aged in oak casks for eight years and starts at a price of $20.99. A medium-bodied, four-year-aged whisky, Wellsley Farms Irish Whiskey features subtle hints of chocolate-covered toffee and starts at $27.99.

“BJ’s is proud to launch our exclusive Wellsley Farms premium spirits to offer our members even more value,” Bonnie Volpe, vice president, grocery and sundries at BJ’s, said in a statement. “Our Wellsley Farms spirits can be enjoyed neat, on the rocks or in your favorite cocktail and are the perfect addition to any gathering, especially during the holidays.” 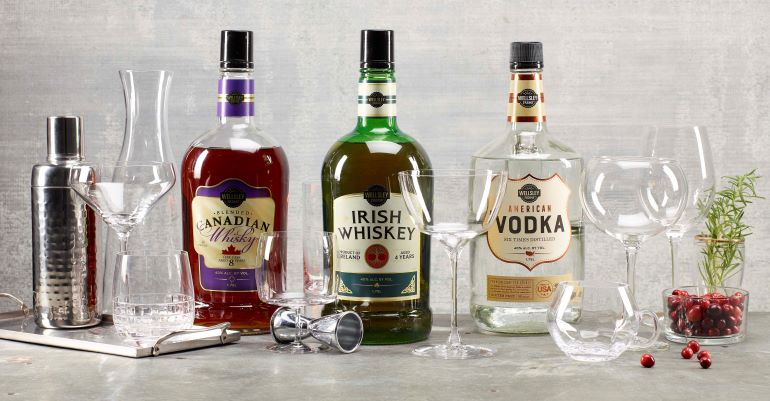 BJ's members in select states also can have the new Wellsley Farms premium spirits delivered to their doorstep.

Members in some states also can get Wellsley Farms spirits and wines delivered. In mid-October, BJ’s expanded Instacart same-day delivery of beer, wine and/or spirits to Florida, Ohio, North Carolina and Virginia, which joined locations in Massachusetts and Connecticut providing delivery of alcoholic beverages. In North Carolina and Virginia, delivery is offered only for beer and wine.

Alcoholic beverages continue to be a sales driver in private label. For 2018, the category accounted for dollar sales of $34.2 billion across all retail outlets and $7.4 billion in the mass, club, dollar and military retail channel, according to the Private Label Manufacturers Association’s 2019 PLMA Yearbook.

Private-label wine, in particular, has been a catalyst and remains one of the fastest-growing categories. For all retail outlets, the segment saw 39.5% dollar growth (to $133.6 million) and 44.3% unit growth (to 21.2 million) last year, PLMA reported, citing Nielsen data. Growth was even sharper in the mass retail channel, with private-brand wine up 59.9% in dollar sales to $86.5 million and 60.9% in unit sales to 14.2 million.

Brian Sharoff, president of PLMA, said private-label wine has been a key customer draw for many retailers as they build up their roster of own-brand products.

“You have companies like Costco, Aldi and Trader Joe’s using wine with their own brands as a way to get customers into their stores. It’s meant to be a traffic builder. You wouldn’t normally think of wine as a traffic builder for private label, but that’s exactly what these retailers are doing,” Sharoff said in an interview. “By getting very high-quality wines and types of grapes, etc., they bring customers into the store who then say, ‘Ah, Kirkland brand or Aldi’s brands,’ and buy the other [own-brand] products. So it’s a very successful way to get customers.”