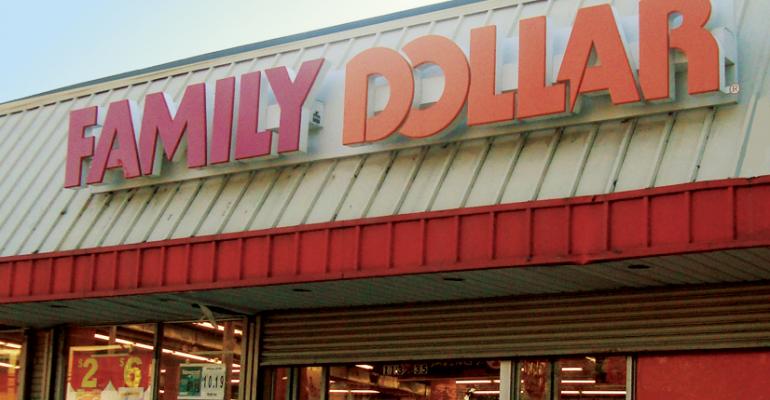 Competitive pressures for small-box retailers may intensify if the definitive agreement for Dollar Tree to acquire Family Dollar Stores is completed early next year as scheduled, according to industry analysts — though it’s still possible other bidders could alter the outlook, they added.

“The combo certainly shakes up the small-box value space,” Sandy Skrovan, U.S. research director for Planet Retail, London, said. “It’s now [going to be] a two-horse race, with Dollar General and a pumped-up Dollar Tree jockeying for ascendency in the U.S. value channel. Dollar Tree could very well leapfrog long-time market leader Dollar General … [and provide] additional and more formidable competition for Walmart as it accelerates its own small-box expansion via Walmart Express.”

Chuck Grom, an analyst with Sterne Agee, New York, said Dollar Tree’s decision to retain the Family Dollar name on existing stores means Family Dollar “will be a much sharper competitor going forward, creating margin pressure in the process.” The biggest negatives from the potential merger, he added, could involve Dollar General, “[which] has clearly benefitted from Family Dollar’s struggles over the past decade, particularly in 2012 and 2013, when the company retreated from its hybrid EDLP model.”

Some analysts said it may be too early to count Dollar General out of the picture. Scott Mushkin, managing director for Wolfe Research, New York, said the definitive agreement may increase pressure on Dollar General to make an offer — though despite potential opportunities, "it appears [Dollar General] management is not comfortable with some of the operational challenges or perhaps some of the compromises required to consummate a transaction," he added.

Daniel Binder, an analyst with Jefferies LLC, New York, said he believes there would have been more synergies if Family Dollar had merged with Dollar General and suggested the bidding might not be over. “There could be another act to follow [and] it's worth it for shareholders to hang around to see if another bid comes in," he said. According to Binder, the merger "feels risky,” given that Family Dollar runs "a less familiar business model" than Dollar Tree and will require a turnaround as it is being integrated, suggesting Dollar Tree may have to use some of the $300 million in synergies it anticipates over the next three years to invest in price to make Family Dollar more competitive.

Dollar Tree, Chesapeake, Va., and Family Dollar, Matthews, N.C., announced Monday they had reached a definitive agreement to merge — by early 2015 — for a price of approximately $9.2 billion. The combined company will operate more than 14,000 stores in 48 states and five Canadian provinces, with estimated sales of $18.2 billion. Dollar Tree operates 5,080 stores in mostly suburban locations in 48 states and five Canadian provinces, with fixed price points of $1 or less and sales of $7.8 billion for the fiscal year ended in February; Family Dollar operates approximately 9,200 stores in urban and rural areas in 46 states aimed at low- and middle-income shoppers in urban and rural locations, with sales of $10.4 billion for the year ended last August.

Dollar Tree said it will retain and grow each brand. It also said it expects to achieve an estimated $300 million in annual synergies within three years after the deal closes, including significant efficiencies in sourcing and procurement, SG&A leverage, distribution and logistics efficiency and format optimization. Moody’s Investor Service said the day the agreement was announced it planned to review for possible downgrade the rating on Family Dollar’s Baa3 unsecured notes, explaining it expects the combined entity to have significantly higher leverage, with a debt-to-EBITDA ratio of approximately 5.6 to 6.0 times.