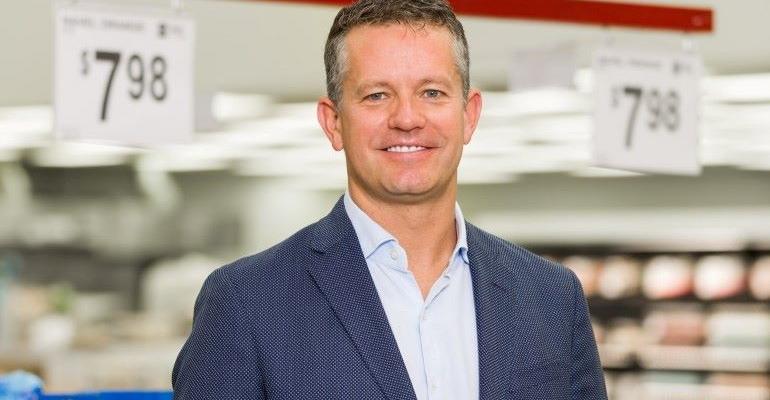 Walmart
John Furner, currently president and CEO of Sam's Club, has been named to the same post at Walmart U.S.
News>Executive Changes

Walmart said late Thursday that the move will go into effect Nov. 1. Foran, who has been chief executive of Walmart U.S. since August 2014, is joining Air New Zealand Ltd. as CEO, the Bentonville, Ark.-based retailer said. Plans call for Foran to stay on at Walmart through Jan. 31 to help with the transition.

Related: CEO change in the works at Walmart Canada

Furner’s successor as president and CEO of Sam’s Club will be announced at a later date, according to Walmart.

“John has done a fantastic job at Sam’s Club, and he will continue the momentum we have in Walmart U.S.,” Walmart President and CEO Doug McMillon said in a statement. “John knows our business well, having held many different jobs in the company over more than 25 years, and he is helping transform it for the future. He has the experience and judgment to know what we should continue doing and what we should change. He embraces technology and new ways of working, and he keeps our customers and Sam’s Club members at the center of everything we do, while delivering results for the business. I look forward to seeing his impact for our customers and associates in Walmart U.S.”

Furner, 45, has been Sam’s Club’s CEO since 2017. He started his career at Walmart as an hourly associate in 1993, working his way up the ranks as a store manager, district manager and buyer. He has held leadership roles in operations, merchandising and sourcing in Walmart U.S., Sam’s Club and Walmart International, where he served at Walmart China as chief merchandising and marketing officer. He was chief merchandising officer for Sam’s before becoming chief executive.

“I’m grateful for this opportunity and ready to get started,” Furner stated. “There’s no better place than Walmart U.S. to touch the lives of millions of customers and associates. Together with the team, we will build on the progress under Greg’s leadership and continue to make Walmart an even better place to work and shop. I also want to thank the Sam’s Club team. My years with you have been amazing.” 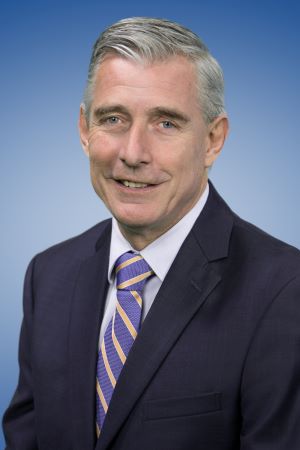 Foran (left) has been with Walmart for eight years. A New Zealand native, he joined the company in October 2011 in the Walmart International business unit, where he served in various leadership roles, including as president and chief executive officer of Walmart China, before coming over to head Walmart U.S. in 2017. Before his career at Walmart, Foran held a number of positions with Woolworths, a leading retailer in Australia and New Zealand.

“It has been an honor to lead the team at Walmart U.S.,” Foran commented. “I’m proud of what we’ve been able to achieve at a unique moment for retail and want to thank the associates who made it happen. It is bittersweet to leave Walmart, but this incredible opportunity to lead an iconic Kiwi brand was one I could not pass up, and I’m looking forward to this next chapter.”

Comparable-store sales accelerated sequentially on a two-year stacked basis to 7.3%, the strongest growth for Walmart U.S. in more than 10 years. Executives noted the company is adding share in key categories, including food, consumables, health and wellness and toys.

“Greg Foran has made a huge difference for Walmart, and we are grateful,” McMillon said. “He built a strong plan from the beginning to strengthen the U.S. business, a plan that made significant choices around investing in wages and benefits for associates and investing in price for customers. Greg’s ability to innovate — whether it’s making our stores a competitive advantage in an omnichannel environment or equipping associates with next generation technology and training — has helped position us for the future. The results have been impressive: Every quarter he led Walmart U.S., it has had positive comps. Before leading us to a stronger position in the U.S., he did the same thing in China. We will miss Greg and thank him for his leadership. He has made a difference for our customers, associates and shareholders.”

According to Jefferies analyst Christopher Mandeville, the change at the top at Walmart U.S. brings some uncertainty, despite Furner’s strong capabilities and performance.

“Mr. Furner brings considerable relevant experience to his new role, and we've been impressed with his ability to produce solid results while leading Sam's Club,” Mandeville said in a research note late Thursday. “He does, admittedly, have big shoes to fill, and we can't help but expect the market to react somewhat negatively to today's news.”

Walmart had recently announced a CEO change at another North American business unit. In late August, Walmart Canada named 25-year Walmart veteran Horacio Barbeito as president and CEO, taking over from Lee Tappenden, who is leaving the company.

Plans call for Barbeito to take the reins as CEO in October. He comes to the Walmart’s Canadian operation from Walmart International, where he has served as president and CEO of Walmart Argentina and Chile since March 2015. Tappenden is slated to work with Barbeito through October and leave Walmart Canada at the end of the year. Thereafter, he will take on a global role as part of Walmart’s international support team, focusing on global sourcing and supplier leverage, until his departure on Jan. 31, 2020.