Schnuck Markets on Monday said Mark Doiron has joined the company as its new chief merchant.

Doiron, who has more than 25 years of experience in the food and grocery industries, will be responsible for procurement and merchandising throughout the St. Louis-based company's 99 supermarkets.

He serves on the company’s senior management team and reports to Schnucks chairman and CEO Todd Schnuck. 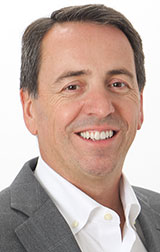 “We are pleased to welcome Mark to our team,” Schnucks said in a statement. “He brings valuable and unique experiences to this leadership position, and we look forward to his contributions as we continue on our mission of nourishing the lives of our customers.”

Before joining Schnucks, Doiron was president of Sure Winner Foods, a frozen food distribution company. Prior to that, he was chief supply chain officer for Belgium-based Delhaize, where he oversaw the company’s U.S. operations. He also held senior executive positions at Delhaize's Hannaford chain.

Doiron earned a bachelor's degree in business administration from the University of Southern Maine. He and his family are moving to the St. Louis area from Scarborough, Maine.

“I am excited to join Schnucks,” Doiron said. “After getting to know the company, the St. Louis area, and seeing Schnucks’ Midwest locations, it was clear that this would be a great fit for both myself and my family.”