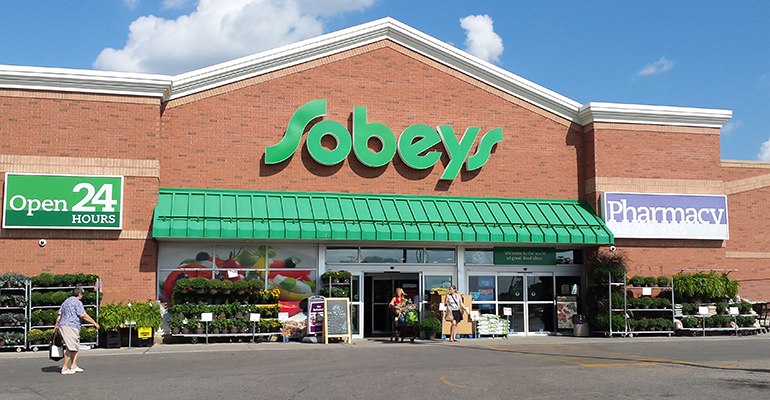 As part of a three-year transformation plan, Empire Company Ltd. has shuffled senior management at its Sobeys Inc. supermarket and drugstore subsidiary.

The Canadian retailer said Tuesday that with the new appointments, which include key operations and merchandising roles, the company is establishing a “truly national” merchandising team and bolstering its e-commerce and discount retail leadership.

Lyne Castonguay has been appointed executive vice president of store experience, overseeing store operations, distribution centers and grocery banners (except in Quebec). Previously executive VP of merchandising, Castonguay set the foundation for the national merchandising structure, led Sobeys’ efforts to stabilize margins and sales over the past year, and played a key role in forming the company’s partnership with U.K. grocery e-commerce specialist Ocado, according to Empire.

Meanwhile, Pierre St. Laurent has been named executive VP of merchandising and Quebec, which Empire said will enable Sobeys’ key merchant teams to “speak with one voice” to customers and supplier partners. He formerly served as leader of the Quebec business but in his new role will retain all current reporting relationships with his Quebec team.

Slated to join Sobeys on June 25 is Sarah Joyce, who has been hired as senior vice president of e-commerce. In the role, she will direct Sobeys' online strategy and oversee the company's partnership with Ocado. Plans call for Joyce to build up the online customer offer and branding and work closely with the merchandising team to expand business with supplier partners. She comes to Sobeys from Hudson’s Bay Co., where she was general manager of SaksOff5th.com and Gilt.com.

"It has been a year of solid progress in rewiring the fundamentals of our business — stabilizing margins, creating a lower-cost national structure, and setting clear strategies in areas such as e-commerce and discount," Empire and Sobeys President and CEO Michael Medline said in a statement. "We are now sharpening our leadership focus as we rally the team for stronger growth."

In other moves, Luc L'Archeveque has been appointed general manager for Quebec and retains his duties as VP of grocery for the Quebec business. He will coordinate the daily activities between operations, merchandising and marketing of the Quebec unit and report to St. Laurent.

Taking over as general manager of discount is Mike Venton, who was hired by Sobeys earlier this year as part of the planned succession of Rob Adams, who is shifting to a new role focused on the expansion of the discount business. The company said Adams has been working with Venton for several months and will stay on to support him during the transition. Adams’ efforts in growing discount will include the conversion of up to 25% of Sobeys and Safeway locations in western Canada. To that end, he will leverage his experience in launching the FreshCo banner in Ontario, which expanded to 91 stores in just over eight years.

Sobeys also announced that Jason Potter, executive VP of operations, is leaving the company after a 26-year career and that Deirdre Horgan, senior VP of marketing, is leaving her role as she recovers from serious illness. Castonguay will continue to lead the marketing team on an interim basis until a replacement is named.