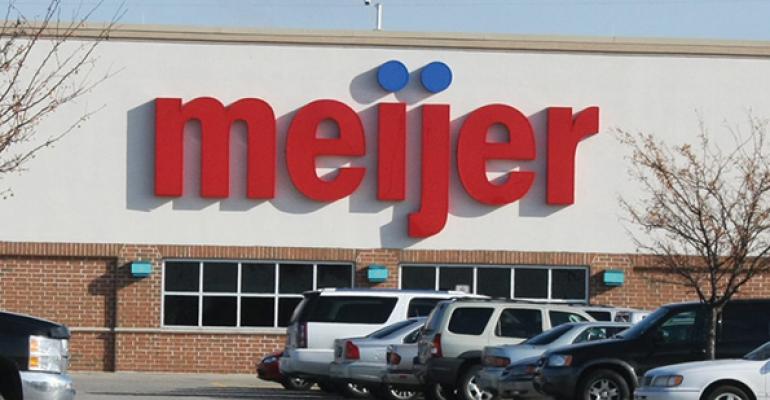 J.K. Symancyk is departing his role as president of Meijer Inc. to take over as president and CEO of Academy Sports + Outdoors, a Katy, Texas-based sports and outdoor lifestyle retailer.

Symancyk will assume his new duties with Academy on Nov. 2, Academy said in a release Tuesday. He succeeds Rodney Faldyn, who has served as CEO of the 200-store, $4 billion retailer since 2011.

Symancyk has served at Meijer since 2006 and has been its president since 2013. He formerly served as chief operating officer and as EVP of merchandising and marketing for the Grand Rapids, Mich.-based superstore operator.

At Meijer, Symancyk oversaw a rapid growth phase including three years of positive comp growth and the development of a long-term diversification strategy. Prior to Meijer, he served in various leadership roles for Wal-Mart Stores and its Sam’s Club division.

Symancyk was “one of those once in a lifetime leaders,” Jose Tamez, an executive recruiter with search firm Austin Michaels, told SN Tuesday.

“When he arrived at Meijer from Bentonville there was skepticism as to how successful a Wal-Mart person could be at a family owned rival,” Tamez continued. “To his credit and his nature, he assimilated quickly and went on to do what no outsider had done before, rise up quickly and become part of the fabric of Meijer’s culture.”

"I'm humbled and thrilled by the opportunity to become a part of the Academy Sports + Outdoors family, and I feel fortunate to be succeeding such a charismatic and accomplished leader as Rodney," Symancyk said in a statement. "The future for Academy Sports + Outdoors is truly limitless, and I'm eager to ensure we continue offering customers convenience, a broad selection of quality products and exceptional customer service as we strive to remain the low price leader in our category. I'm looking forward to getting to know our associates and vendors as we collaborate to become the national, regionally relevant, locally merchandised, sporting goods, outdoor and lifestyle retail store of choice."