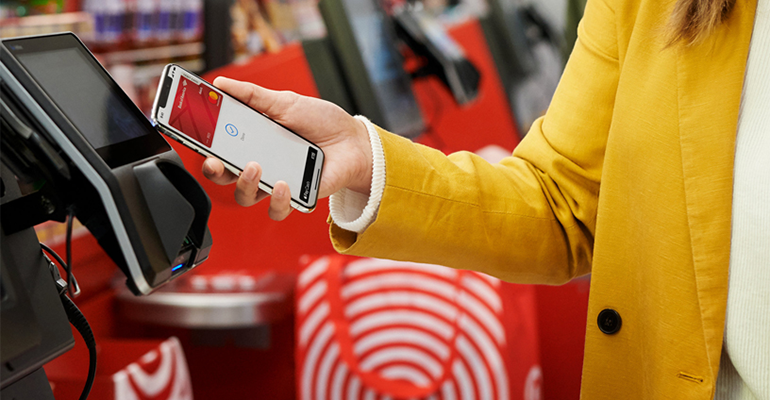 Target Corp.
The Federal Reserve Board's updated rule specifies that, under a more than 10-year-old requirement, bank issuers of debit cards must enable debit cards — including 'card not present' transactions — to be processed over at least two unaffiliated networks.
Issues & Trends

The Fed announced late yesterday that debit card issuers must include “card not present” transactions, such as online payments, in enabling at least two payment card networks to process all debit transactions. In explaining the rule update, the Fed said that, when enacting the rule in July 2011, the market hadn’t yet developed solutions for broad support of multiple networks for card-not-present debit transactions, but now the technology has emerged to address that need.

FMI noted that its original comments to the Federal Reserve called for this clarification to ensure that all payment card networks comply with the law’s intent and multiple payment card networks were enabled on each debit transaction, allowing for competition and facilitating omnichannel shopping.

“FMI applauds the Federal Reserve’s clarification to its debit Regulation II to allow competition regardless of how the debit transaction is initiated. This is a significant win for our industry, for our customers and for competition,” FMI President and CEO Leslie Sarasin said in a statement. “Now that the Federal Reserve has ensured that at least two networks must be on a debit card, the same competitive marketplace should be allowed on credit cards. We applaud legislative efforts to require at least two network options on a credit transaction to allow competition, just as we have maintained on debit transactions since 2011.”

NRF said retailers received the right to select the payment networks processing their debit card transactions in 2010, when Congress passed the Durbin Amendment to crack down on Visa and Mastercard’s control over the debit processing market. The move required bank issuers of debit cards to enable the transactions to be processed over at least two unaffiliated networks.

While the requirement has been widely implemented for in-store transactions (where a PIN can be entered) and helped save retailers and their customers an estimated $9 billion a year, NRF noted, a combination of Visa/Mastercard rules and financial incentives have pushed banks to not enable the “PINless” capability for debit transactions processed over independent networks online (where a PIN cannot be entered). The result: all but about 6% of online debit transactions are processed over Visa and Mastercard, according to the Fed. Retailers have long argued that the lack of online routing options violates the Durbin Amendment, and the Fed agreed in 2021, leading to the final version of the regulations announced by the Fed yesterday, NRF said.

“The Federal Reserve has declared once and for all that a debit transaction is a debit transaction no matter where it takes place, and that merchants have the right to choose the network that offers the best service, strongest security and most reasonable fees,” commented Leon Buck, vice president of government relations, banking and financial services at NRF. “Congress ended Visa and Mastercard’s virtual monopoly over debit transactions a decade ago, and this decision makes clear that the law applies the same for in-store and online transactions — the result that Congress mandated in the first place. It’s welcome news that will benefit small businesses and their customers across the nation.”

Debit and credit card “swipe” fees that banks and card networks charge to process transactions totaled $137.8 billion in 2021, NRF reported, citing data from the Nilson Report. The fees are among most merchants’ highest operating costs and hoist prices paid by consumers by about $900 a year for the average family. Debit card fees totaled $32.6 billion last year, with payments processed over Visa and Mastercard representing $28.1 billion of the total, according to NRF.