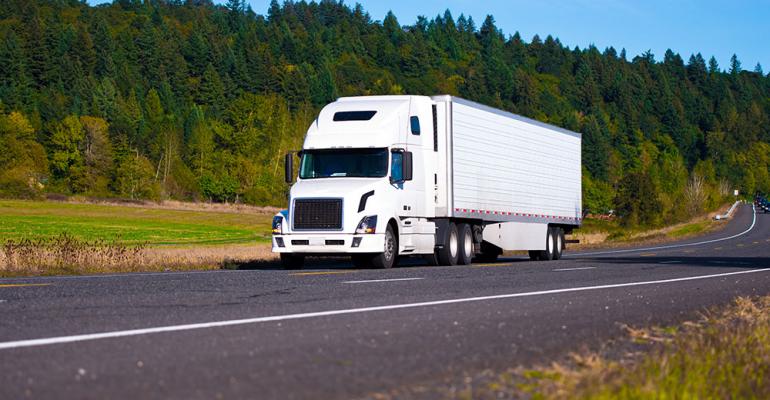 In an analysis released Monday, John Kearney, CEO of St. Petersburg, Fla.-based Advanced Training Systems (ATS), which makes virtual simulators for driver training, noted that higher freight and ingredient costs were behind recent announcements by Mondelez, Hershey, Nestle, Unilever and Coca-Cola that they will need to hike prices in 2019.

“They don’t really have any choice. The cost of shipping just keeps going up,” Kearney said in his report. “A major factor in this is the driver shortage. There just aren’t enough people in the long-haul trucking workforce to get all these loads delivered.”

Citing various research, Kearney reported that the price of moving a truckload of refrigerated food from Washington state to New York was about $8,450 in early January. Just a couple of weeks later, the cost for the same truck traveling the same route jumped 18% to $10,000. The U.S. Department of Agriculture, meanwhile, pegged the cost of shipping food east from California during the same period at nearly 25% higher versus a year earlier.

Kearney described the situation, in part, as a “self-created problem.” Over the past several years, as U.S. economic growth ramped up, truck fleets and railroads haven’t expanded capacity accordingly, he explained. At the start of 2018, just one truck was available for every 12 loads that needed to be moved, according to online truck freight marketplace and industry analyst DAT Solutions.

Spot truck rates rose 20% year over year in August to an average of $2.14 per mile, the highest monthly average on record, Kearney said. And in the second quarter, there were a record 296,311 driver vacancies. In the meantime, he added, Dean Foods, Tyson Foods, Hormel Foods, Kellogg and US Foods cited escalating transportation costs this year as a drain on earnings.

His views reflect recent findings from Zipline Logistics. In its fourth-quarter trucking industry update, the consumer goods transport firm said the average national rate at the end of September was $2.15 per mile, according to data from TCI Business Capital.

Goldman Sachs predicts another peak in spot rates during the 2018 fourth quarter, followed by a gradual decline in rates during 2019, Zipline said. “Although 2019 will soften, rates will remain 12% above the 2014-17 range. One of the factors keeping rates high is inflationary driver pay, which represents about 40% of the cost of transportation,” Zipline noted in its report.

In Zipline’s latest ELD Mandate Impacts survey, which polled more than 150 carriers of food, beverages and consumer goods, 62% of respondents named the driver shortage as the biggest factor affecting the market and rates. The issue: Carriers need more drivers to cover freight volumes, are unable to find qualified candidates and therefore pay for qualified drivers goes up. The survey also found that long wait times at major grocery retailers, distributors and manufacturers has led some trucking companies to avoid those shippers/receivers, increasing costs further.

According to an estimate by American Trucking Associations, the industry is now at least 50,000 drivers short, a number that could top 174,000 by 2026. In the next decade, 890,000 drivers will be needed to keep pace with growth and demand for freight transportation.

Citing the American Transportation Research Institute’s annual survey, ATS’ Kearney said the No. 1 concern of the trucking industry and motor carriers is the lack of qualified drivers to carry the nation’s freight. The study noted that the industry could address the problem by sharpening its focus on retaining experienced drivers and attracting younger drivers.

To that end, increased use of simulator training as an adjunct to traditional behind-the-wheel instruction could help draw younger applicants and boost the pool of qualified drivers, according to Kearney.

“Trucking is a well-paid occupation in urgent need of a new generation of well-trained and motivated drivers,” he said.

Legislative help may be on the way. Congress is currently considering the Drive-Safe Act, which was introduced in the House in March and followed by a Senate companion bill in August.

The measure would allow drivers ages 18 and 20 with commercial driver’s licenses (CDLs) to operate in interstate commerce — under some restrictions — and require them to complete a two-part training program. Currently, most states allow people to obtain CDLs at age 18, but those drivers aren’t permitted to transport goods interstate until they are 21.