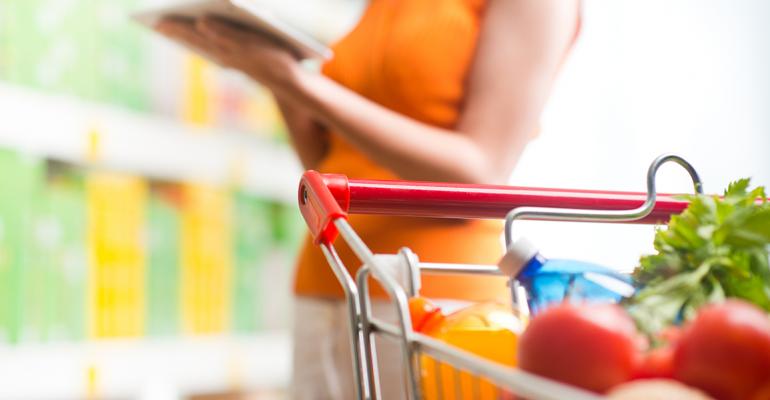 &quot;Our in-store offers that we offer with the beacon technology have a dramatically higher redemption rate than something that we send out of store.&quot; &mdash; Nathaniel Jones, County Market

Niemann Foods’ County Market stores are drawing new consumers and retaining others with its myCountyMarket app that pushes location-based offers to loyalty cardholders’ mobile devices as they shop the store. County Market’s 44 stores are equipped with beacon technology from Iselin, N.J.-based Birdzi, which provides the app and enables the interaction.

The in-store beacons — there are about 25 per store — use Bluetooth Low Energy to deliver the offers and other location-based information such as where in the store a particular item is located. To allow push notifications of the offers, app users must turn on Bluetooth and enable location services on their device. The beacons interact with devices within a 15- to 30-foot range.

“If you allow push notification, it will give you a welcome message and say, ‘Thank for entering our store and downloading our app,’ and then 30 seconds later you might go down the produce aisle and get a push notification for $1 off of strawberries,” explained Nathaniel Jones, electronic marketing manager for Niemann Foods.

To take advantage of the savings, a user must scan their County Market Max loyalty card when purchasing the eligible product. They will then accumulate savings in their “offer wallet” within the app. Once shoppers accumulate a certain level of savings, they will receive a voucher for that amount that can be used for money off a future shopping trip.

“It’s another loyalty program for us because it gets people to come back more and more because they want to get to that voucher level,” Jones said.

So that users don’t feel as if they’re being spammed, offers are pushed sparingly, with shoppers receiving a maximum of three per trip. Regardless of how many times they shop the store, users won’t receive the same offer twice in one week. Given the relevancy of offers delivered at the point of decision, redemption rates have been high, according to Jones.

“Our in-store offers that we offer with the beacon technology have a dramatically higher redemption rate than something that we send out of store,” he said. “You’re talking 10 to 20 times what a normal coupon would be, because first, the shopper is in your store, and second, the offer is personalized” to their location. In the future, the app will push location-specific offers that are also relevant to one’s purchase history.

At a time when the average app has a retention rate of 3% or less six months after it’s been downloaded, Jones reports that the myCountyMarket app has a 30% retention rate, on average.

“Everyone is chasing how to get people to use your app since the normal person only uses six or seven apps in a given week, so how can you be one of them?” asked Jones. “For retailers it’s really tough but if you offer something that’s relevant or that is of value, they’ll keep coming back.”

Adoption rates vary by location and geographic region, with saturation of shoppers with smartphones being just 5% or less in rural locations, and up to 20% of shoppers in County Market’s urban operation areas such as Springfield, Ill., where the app has been available for three years.

During one week last March, Jones incited 400 shoppers to download the app with the retailer’s Find the Pot of Gold promotion.

“What we did was hid a secret spot in the store and in order to find it you first had to download the app and turn on the Bluetooth to see the beacons and if you found the secret spot then you were entered into a sweepstakes to win a pot of gold,” Jones explained. “And this was real gold. We gave away $2,000 in gold coins.”

County Market also partners with non-competitive local businesses to incite trial of the myCountyMarket app, such as the Quincy Gems baseball team whose stadium has been equipped with beacons. Fans who download the retailer’s app are pushed offers for things such as a free Popsicle at the stadium’s concession stand, as they move about the stadium.

“It allows it to deliver a different value,” said Jones. “Rather than just shopping for food, you’re at a baseball game and everybody has their phone. So I kind of tie into what can I do with that and there are all kinds of opportunities that may work in your market. With different non-competing businesses.”

County Market will launch a similar partnership next spring with Knight’s Action Park, an amusement and water park in Springfield. While businesses like these cater to young people, Jones notes that when it comes to mobile technology, older groups should not be overlooked.

“Everyone is capable of taking advantage of this,” he said. “Eighty-five percent of people have smartphones now. I think Millennials are an important part of the business, of course, but if you skew it toward one type of demographic then you’re cutting out a lot of people who might be using it. … Of course we want Millennials to use the app, but regardless of what age you are, you can use this technology and find value in it.”