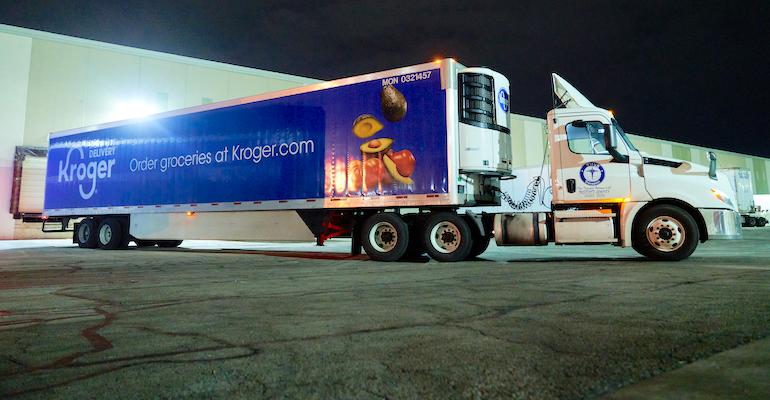 Located on Shook Road in Lockbourne, Ohio, the 61,000-square-foot spoke will work with Kroger’s 375,000-square-foot, Ocado-automated customer fulfillment center (CFC) in Monroe, Ohio, and serve as a last-mile cross-dock site, the supermarket giant said Wednesday. The Lockbourne spoke will extend the reach of the Monroe CFC “hub” to customers up to 200 miles away — at full capacity enabling consumers in more than 250 central Ohio ZIP codes, including the Columbus area, to access Kroger Delivery service, Kroger noted. The new spoke facility, which has begun filling online orders, will employ up to 200 associates.

“When our customers think of food, they think of Kroger,” Gabriel Arreaga, senior vice president and chief supply chain officer at Cincinnati-based Kroger, said in a statement. “The addition of a spoke facility in the Columbus division is one more state-of-the-art example of how Kroger is fulfilling its commitment to providing our customers anything, anywhere, anytime.”

Including the new site, Kroger so far has announced nine Ocado spoke facilities. Four spokes are now live — in Lockbourne, Ohio; Tampa and Jacksonville, Fla.; and in Indianapolis — and another five are planned for Louisville, Ky.; Oklahoma City; and Austin and San Antonio, Texas, and Birmingham, Ala. 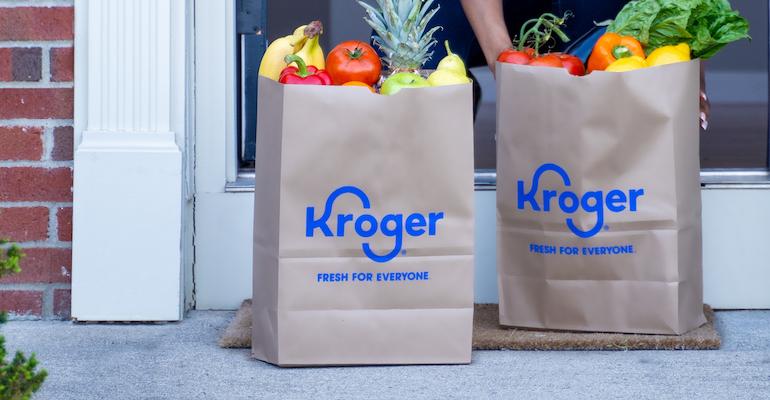 The Lockbourne spoke will extend the reach of the Monroe “hub” to customers up to 200 miles away, at full capacity enabling consumers in more than 250 central Ohio ZIP codes to access Kroger Delivery service.

When unveiling their partnership in May 2018, Kroger and United Kingdom-based Ocado Group said they aimed to open 20 CFCs in the United States over the next three years, with Kroger executives citing the potential for facilities in markets where the company doesn’t have stores.

Overall, Kroger has announced 17 Ocado-driven CFCs, with four now operational. They include the CFC in Monroe, Ohio — Kroger's first Ocado facility — that went live in April 2021; the Groveland CFC; a 375,000-square-foot CFC in Forest Park, Ga., that opened this past February; and a 350,000-square-foot CFC that launched in Dallas this spring. In early March, Kroger said it aims to construct a 270,000-square-foot, “Cleveland region” CFC that will serve areas in northeastern Ohio and Pennsylvania, with the latter representing the grocer’s 37th state.

Other Ocado CFCs reported by Kroger run from 135,000 to 375,000 square feet and include locations in Frederick, Md.; Phoenix; Pleasant Prairie, Wis.; and Romulus, Mich., as well as unspecified sites in North Carolina, the Pacific Northwest, the West and the Northeast, the latter representing another location where Kroger lacks stores, along with Pennsylvania and Florida (save for a Harris Teeter store in the Jacksonville area). The retailer also has announced plans for two CFCs in Southern California and two more in Florida.

In early March, Kroger said it expects to open 17 new Ocado-powered facilities, including CFC hubs and spokes, within the next 24 months. Each Ocado CFC covers a delivery radius of up to 90 miles, and smaller facilities and spoke locations extend the area served by each CFC.

“We’re proud to expand the Kroger fulfillment network in our home state,” Arreaga commented about the Lockbourne spoke. “The new service is an innovative addition to the expanding digital shopping experience available to Kroger customers. Our delivery business continues to accelerate with the growth of fulfillment and spoke facilities. This expansion will further our commitment to create career opportunities and serve shoppers fresh food fast through interconnected, automated and last-mile solutions across America.”

Kroger added that the launch of the Columbus-area spoke follows the debut of the Boost by Kroger Plus annual membership program in the region. The subscription service offers two membership tiers, priced at $59 or $99 per year. All members get free delivery for online orders of $35 or more and double fuel points (up to $1 off per gallon of gasoline) for each dollar spent on groceries and general merchandise in stores or online via pickup or delivery. The $59 annual membership provides delivery within 24 hours, while the $99-per-year option offers delivery in as soon as two hours.