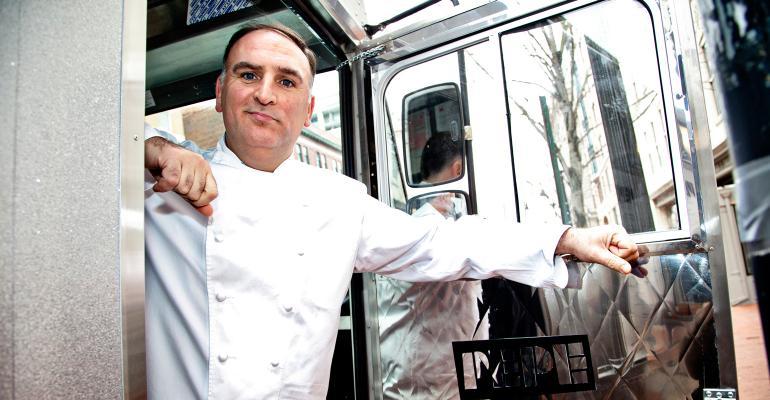 Steal this idea: Learning from restaurants

We talk about the blurring of lines between food channels these days, and as the competition for consumers’ dining dollars heats up, it’s more important than ever to have a handle on what’s happening in restaurants — and try to beat them at their own game.

With that in mind, the inaugural SN Summit to be held Oct. 1-3 in Dallas will bring together key decision-makers from both food retail and restaurants to learn from each other.

One of the restaurateurs that attendees of the SN Summit will hear from is chef, restaurateur and humanitarian José Andrés. If you paid attention to the news last year, you undoubtedly heard about his humanitarian efforts in Puerto Rico following the devastation brought about by Hurricane Maria. Andres will be a keynote speaker at the SN Summit, held in conjunction with the MUFSO (Multi-Unit Food Service Operators) conference, put on by SN sister publication Nation’s Restaurant News.

Scheduled to speak on Oct. 2 at the Hyatt Regency Reunion in Dallas, Andrés is an internationally recognized culinary innovator, author, educator and television personality. He is also chef-owner of the Washington, D.C.-based ThinkFoodGroup, which includes 30 restaurants around the world, among them minibar by José Andrés as well as the Jaleo, Zaytinya and Beefsteak brands.

Andrés has long been a passionate advocate for combatting hunger and supporting sustainable solutions from around the globe.

Along with his nonprofit World Central Kitchen, the chef served more than 3.5 million meals in Puerto Rico following the devastation of Hurricane Maria last year.

He also teaches at Harvard University and George Washington University.

Andrés and his company have received numerous awards. This year he was named the James Beard Foundation’s Humanitarian of the Year, and — for the second time in six years — he was named among Time magazine’s 100 most influential people in 2018.

Andrés was also listed on NRN’s 2018 Power List; and he was named the Richard Melman Award winner by Restaurant Hospitality in 2010. The chef was inducted into the NRN MenuMasters Hall of Fame in 2013. ThinkFoodGroup was listed as one of the RH 25 most powerful multiconcept restaurant groups in 2017.