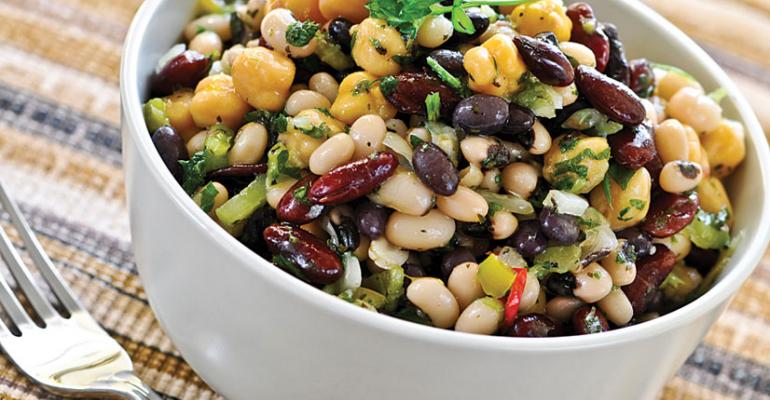 Meat better watch its back in 2013, according to Suzy Badaracco, president of Culinary Tides, a Portland, Ore.-based firm that tracks and predicts food trends.

“Watch for vegetarian and flexitarian numbers to be up,” Badaracco said at an educational session during the Produce Marketing Association’s Fresh Summit conference this fall.

The vegetarian and flexitarian trend is stronger than other food fads because converts are giving up meat for a variety of different reasons, rather than a single motivation, Badaracco told SN in a recent interview.

The first has to do with consumers’ wallet worries. “It is cheaper to eat more meatless meals,” said Badaracco.

Vegetarianism also appeals to consumers’ concerns about obesity and other health issues, as well as sustainability.

Lastly, current hot travel destinations include areas of Asia, Africa and the Middle East where vegetable-based diets are more common, and consumers seek to re-create those meal experiences after returning home.

As the economy continues into recovery and consumers’ outlook turns positive, the number of vegetarians may level off. But continued interest in health and sustainability could also keep meat-free diets at the forefront, particularly as consumers seek more information about the food they eat, said Badaracco.

“They feel like they can have a little bit more control over their diet and what’s going into their kids’ diet.”

The vegetarian/flexitarian trend impacts the food industry in ways other than fewer meat purchases.

“The fun thing is it opens the door for more of the global cuisine and international cuisines that are more vegetarian-based to come forward,” said Badaracco.

She added that consumers are seeking out more exotic produce, such as cactus and seaweed.

Retailers like Whole Foods Market and Wegmans Food Markets are more likely to cater to these shifts in tastes, said Badaracco. “But even stores like a Kroger and a Safeway surely has vegetarians and vegans and wannabes and flexitarians.”

If mainstream retailers don’t make some effort to jump on the trend, they may miss out, said Badaracco.

“What those people will do is they’ll just go to Whole Foods,” she said, noting that many might continue to shop at conventional supermarkets, but will increasing look to other stores to fill out their shopping lists.