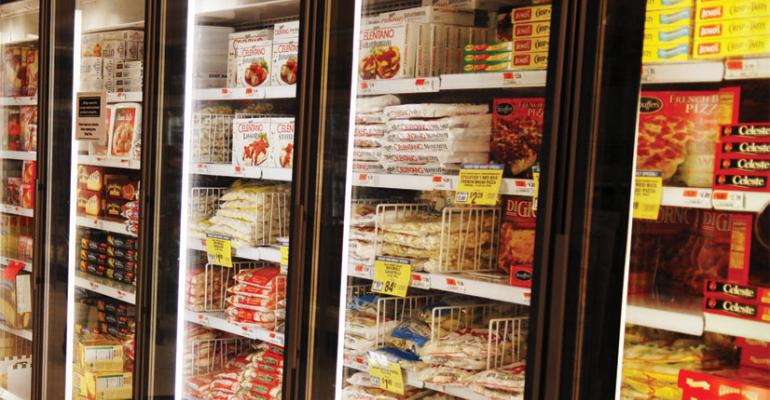 CO2 (R-744) requires the installation of an entirely new refrigeration system, such as secondary loop or cascade models. These systems, which have been tried by a handful of U.S. retailers, still use some conventional refrigerant, and may not be as energy efficient as conventional systems.

In Europe and Canada, food retailers have installed another alternative — the transcritical refrigeration system, which uses only CO2. To date, no U.S. food retailer has tried a transcritical system, but that will change in 2013, according to Abtar Singh, chief executive officer, Singh360, Maple Grove, Minn., a facility management consulting firm.

Singh also expects more retailers to test cascade and secondary loop CO2 systems in warmer parts of the U.S. “Everybody wants to try something,” he said.

Another refrigeration system that Singh believes has the potential to be implemented in the U.S. next year is one that uses small amounts of propane (R-290), which like CO2 is a green refrigerant with an extremely low global warming potential. Unlike conventional refrigeration systems used by retailers, the propane model operates as a self-contained unit — somewhat like a home refrigerator — that cools just the products within it; the Environmental Protection Agency allows no more than 150 grams or 5.3 ounces of propane to be used in one unit, due to its flammability.

Fresh & Easy Neighborhood Market, El Segundo, Calif., has tested self-contained coffin freezer cases using just 4.5 ounces of propane gas as the refrigerant. But what Singh has in mind is a self-contained unit, used by the U.K. grocer Waitrose, that employs a water loop to channel condenser heat outside of the store.

While the transcritical and propane refrigeration systems incorporate only green refrigerants, the propane system can be used efficiently in any climate, Singh pointed out. “It’s a viable system that can compete with CO2 systems,” he said. The EPA’s Significant New Alternatives Policy (SNAP) program accepted propane as acceptable for commercial refrigeration in supermarkets in 2010.

Another advantage of the propane system is that it is relatively easy to maintain. “You can almost use the regular HVAC mechanic,” said Singh.