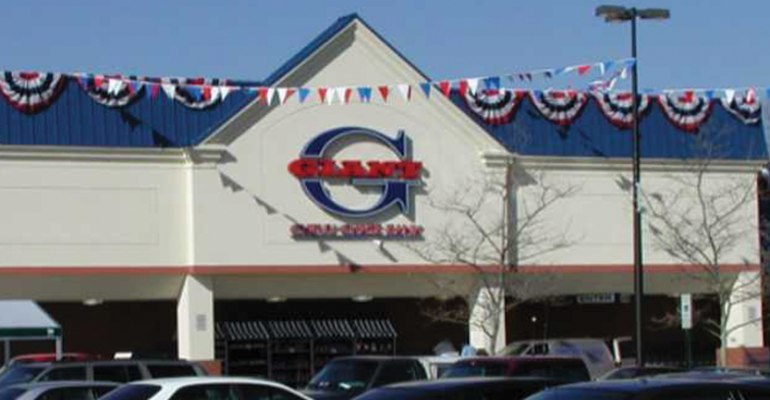 &ldquo;We are prepared to react to the competitive market as it changes. Whether that will change more or less in 2013 depends more on our competitors than ourselves.&quot; &mdash; Carl Schlicker, COO, Ahold USA

PHILADELPHIA — Ahold, which invited financial analysts here in part to show off a city it won through strategic acquisitions of struggling competitors, is “poised to react” if and when more such assets become available.

Ahold’s steps toward market leadership — by acquisition and through defending its turf when new competitors arrive — was a thread running through presentations at the retailer’s annual Capital Markets Days here late last month.

Carl Schlicker, chief operating officer of Ahold USA, in a press meeting said Ahold has studied its competition to be prepared for the possibility it could obtain stores that could become available as a result of a changing marketplace, including but not limited to the ongoing strategic review by Supervalu, parent of Ahold competitors Acme and Shaw’s.

“While we can’t predict the future, one of the things we have always tried to do is prepare to react,” he said. “If there were stores that would become available, certainly we’d earmark the ones we’d have the greatest interest in. That number could be more or less significant than the acquisitions we’d done in the past.”

Ahold in recent years has made a number of small acquisitions, particularly in and around Philadelphia where its Giant-Carlisle division has rapidly marched toward market leadership. These buys included a purchase of 14 Clemens Markets stores in 2006 and this year’s takeover of 15 former Genuardi’s stores from Safeway. The latter deal helped Giant fill in what Schlicker called “white spaces” in its market areas and provided choice locations, including a Wynnewood, Pa., store on Philadelphia’s Main Line that was visited by international journalists and analysts as part of the Market Days event.

“We are prepared to react to the competitive market as it changes. Whether that will change more or less in 2013 depends more on our competitors than ourselves,” Schlicker added. “But we’re poised to react in a positive way if those opportunities present themselves.”

Schlicker acknowledged that Ahold owed some of its current momentum to gains made at the expense of weakened competitors but argued that Ahold had a sharper focus on the strong players moving into its markets.

“Certainly over the last few years we’ve benefited from some our competitors getting weaker,” Schlicker said. “At the same time, we continue to see stronger competitors moving in. And candidly, we’re probably more focused on who is coming, than on who’s there.”

Schlicker in a presentation provided several examples of how Ahold’s retail banners were fighting off such threats, crediting a comprehensive program to prepare for competitor openings put into effect as many as 18 months before the competitor arrives and continuing for six months following.

In Cranston, R.I., an expansion of a Wal-Mart Supercenter late last year was projected to impact seven Stop & Shop stores but those stores grew sales by 5.3% in the four weeks following the Wal-Mart opening as Ahold used a combination of price adjustments in nonperishable categories, incremental promotional activity, minor store maintenance, and an emphasis on operations and customer service designed to protect its primary households from defecting.

A Giant-Landover store in Lutherville, Md., invested in front-end service and more promotions to offset the arrival of a ShopRite that opened across the street in July 2011, resulting in sales growth of 7.7% in the first four weeks after opening and 11% sales growth over 12 weeks. And when a Wegmans moved in to King of Prussia, Pa., earlier this year, four affected Giant stores saw sales grow by 7% in the first four weeks, resulting from investments in labor, customer service and training as well as incremental promotional activity and minor store maintenance, Schlicker said.

In all of those cases, Schlicker said Ahold took advantage of its lead time to assess its strengths and vulnerabilities, and develop specific strategies and tactics necessary to be effective in each case. Those plans are subject to approval for financial return and operate within Ahold’s “Reshaping Retail” framework, a companywide strategic growth plan that seeks to improve shopper loyalty, broaden offerings and expand geographic reach, supported by cost reduction and emphasis on responsible retailing.

A program of store investments for renovations and an approach to acquisitions with an eye toward expanding where organic growth is difficult to come by have also contributed to Ahold’s U.S. growth, Schlicker said. The Genuardi’s deal — which opened up the demographically attractive but tight Philadelphia suburbs — and an acquisition of two former King Kullen stores in New York’s Staten Island are two such examples.

“I have a long association with Giant-Carlisle but there were literally some areas that for 14 years … we wanted to have a store but there weren’t any,” he said. In Staten Island, the two acquired King Kullen stores — in conjunction with existing stores and a new build set to open next year — should position Stop & Shop as the borough’s market-share leader.

“We were No. 3 or 4 on Staten Island only a few years ago,” Schlicker noted. The Stop & Shop-Metro New York division as a whole was gaining on A&P for the No. 2 overall position in its market, which includes metro New York, Long Island and New Jersey.

In Wynnewood, a handsome 100-year-old building that originally housed a John Wanamaker’s department store, Ahold converted the 42,000-square-foot former Genuardi’s behind a sensitivity to local tastes — expanding kosher offerings, for example — along with a brighter interior look and a stronger price message including a greater emphasis on private brands and a “wall of values” where shoppers can find items on weekly special.