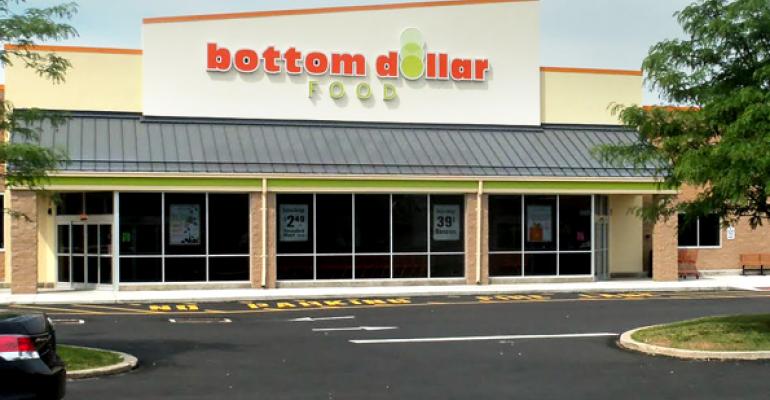 &ldquo;I think the converted stores can be credible [as Food Lions] as long as they remarket the stores and develop a consumer communication plan.&rdquo; &mdash; Burt P. Flickinger III, managing director of Strategic Resource Group

SALISBURY, N.C. — Delhaize America last week welcomed the arrival of its newest Bottom Dollar Food store in Philadelphia while at the same time, the discount banner was vanishing from the South.

The changes speak to Delhaize’s new trust in a revamped Food Lion brand to appeal to bargain shoppers in existing markets, while the company courts such customers in new territories using the Bottom Dollar brand.

Late last month, six Bottom Dollar stores in the Hampton Roads section of Virginia reopened under the Food Lion banner. These stores, which originally were Food Lion outlets, were converted to Bottom Dollar as Delhaize developed its soft-discount concept over the last five years.

The conversions left 12 Bottom Dollar stores remaining in the Southern states — most around the Fredericksburg, Va., area. They are to be converted to Food Lions in the first quarter of 2013, Food Lion officials said.

As reported previously in SN, Food Lion stores have been undergoing what Delhaize officials called a “new brand” initiative whereby stores are seeing investments in lower everyday prices along with an emphasis on service and freshness. The company said recently it was more than halfway complete with the effort, and had completed the rebranding at more than 260 stores in Virginia this spring.

The new brand has allowed Delhaize to retire the upscale-leaning Bloom brand — its stores have already either been closed or converted to Food Lion stores — and use Bottom Dollar exclusively as a growth vehicle in markets in which Delhaize does not operate other banners.

Andrew Wolf, an analyst following supermarket stocks at BB&T Capital Markets, Richmond, Va., noted that Food Lion only recently appeared to have made progress in pricing in his firm’s biweekly pricing studies. He said a 53-item basket analysis of prices at Wal-Mart, Kroger, Food Lion and Martin’s stores in the Richmond area showed Food Lion in the period ended Sept. 27 lowered prices sequentially by 4.5%, and by 5% compared with the same period a year ago. Food Lion also narrowed its spread vs. Wal-Mart in the period, while competitors saw theirs grow.

“This is the first real move we’ve seen from them to become more competitive. That’s a big sequential change and a big year-over-year change,” Wolf said. “We don’t know if this is a one-and-done or not, but it’s a big move for Food Lion.”

Burt P. Flickinger III, managing director of Strategic Resource Group, New York, told SN he felt as though Bottom Dollar stores converted from Food Lion tended to be larger than ideal for a discounter. The conversion also suggested that Delhaize “had not been able to do multi-segment formatting as well as some others in the industry, like Kroger,” Flickinger added.

“I think the converted stores can be credible [as Food Lions] as long as they remarket the stores and develop a consumer communication plan, especially as they go into the Halloween, Christmas, Hanukkah and New Year’s holidays,” Flickinger added. “They can gain some credibility as an everyday-low-price format.”

The conversions of the remaining Bottom Dollar stores in Virginia will leave Bottom Dollar with 54 stores in three states: New Jersey, Pennsylvania and Ohio, all of which have opened over the last two years. The newest of these opened last week in the Juniata Park section of Philadelphia.